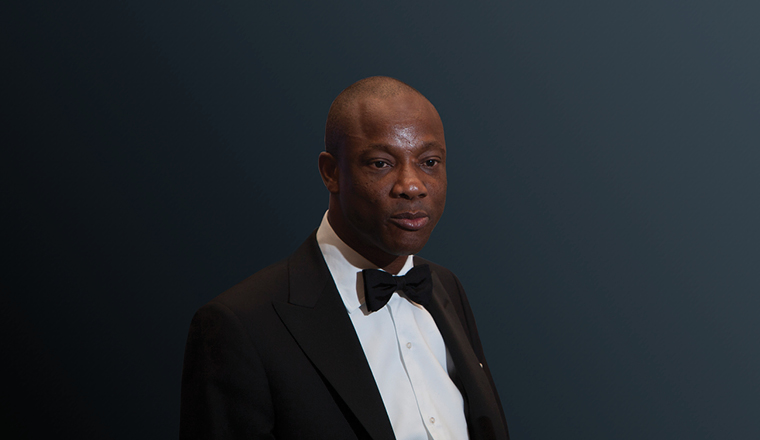 Moves and hires at First Bank of Nigeria, HSBC and QFC.

Changes at the top for Nigerian banks

These are testing times for Nigerian banks. New management teams will have to navigate a choppy external environment and an increasingly competitive environment.

Nigeria’s economy is reeling from the drop in oil prices, a lack of foreign currency due to the central bank’s naira peg, and heavy competition, banks have been forced to revise their strategic focus. Concurrently, a number of them have changed their leadership teams with a string of new appointments announced in recent weeks.

Spearheading this trend is FBN Holdings, the parent company for First Bank of Nigeria, which has announced a major managerial reshuffle effective as of January 2016. Most notably, the pioneering group’s CEO, Bello Maccido, will be stepping down from office after five years at the helm.

Maccido, who has over 30 years experience in retail, corporate and investment banking, will not be leaving for pastures entirely new. He has been appointed chairman of the recently licensed FBN Merchant Bank Limited, which is expected to help improve the company’s dividend at a time when payouts have been low.

Commenting on the changes, FBN Holdings group chairman, Oba Otudeko, said the appointees had a complementary and mutually reinforcing skill set. “In reaching these decisions, we were mindful of the imperatives for a more efficient group structure that will benefit the group’s need to deploy systems which deepen efficiency while expanding revenue and returns on investment,” he said.

“It also re-articulates our commitment to put our customers first with the confidence in the value that this new leadership team brings to bear on behalf of the group, customers and employees, even as we strive to return greater value to shareholders.”

Meanwhile at Guaranty Trust Bank, Haruna Musa has been appointed the bank’s new executive director. Musa, who joined the bank in 2001, will be responsible for retail and commercial banking and public sector businesses within its North East Division. It is hoped his appointment, effective as of October 2015, will help the bank achieve its targeted growth objectives within these sectors.

Group managing director and CEO, Segun Agbaje, said: “Haruna has been an integral part of the bank’s success and has seen the bank evolve and develop through the years. I am confident that his appointment will further strengthen and position the bank for improved performance.”

Movers and shakers in MENA for HSBC

In September, HSBC saw a number of changes in its Middle East management team, with several senior bankers leaving their positions, and a new head of M&A for the MENA region appointed.

The new head of M&A is Efe Kapanci, who has been with the bank since 2002 and was formerly based in New York. He will report to Selim Kervanci, head of capital financing for MENA and Turkey, and Stephane Bensoussan, co-head of M&A for EMEA. Alongside mergers and acquisitions – which are currently seeing an upswing in the MENA region – Kapanci will endeavor to increase business with private equity firms.

James Milligan, head of trading in the MENA region, left his position as the role was scrapped and its responsibilities reallocated. His work within foreign exchange, fixed income and equity will be taken on by the individual sector heads within the region, a source told Reuters.

Praveen Gupta, head of corporate sales in the MENA region, also stepped down, but the role remains in place and a replacement is due to be appointed.

These changes follow news in June that HSBC plans to eliminate up to 25,000 jobs globally, and will shrink its investment bank by a third of its present size. It will turn its focus to Asia, and plans to sell its banking operations in Turkey and Brazil as part of its drive to cut costs and enhance efficiencies.

Qatar Financial Centre (QFC) has appointed Hamed Al-Saadi as its chief financial and tax officer, a position that plays a key strategic role in the financial centre’s overall development and management.

Al-Saadi will report directly to QFC’s CEO Yousuf Al-Jaida, who described Al-Saadi’s 15-years of experience in accounting and financial management as “a great asset to our organisation”.