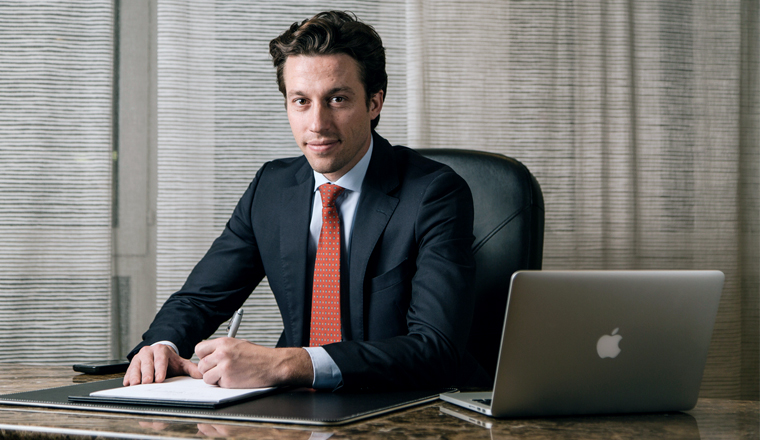 Moulin d’Or started life in 1990 as a small husband-and-wife-run bakery business making bread and croissants. In the years since, the Tunisian company has grown to be one of the largest baked-goods firms in North Africa, not to mention a market leader in muffins. In 2014 its domestic business and operations in Algeria and Libya served up more than 200mn cakes.

That growth is testament not only to the Moulin d’Or team, but also to the investment firms that came on board in 2012 to help the company develop. That year ACE & Company, a global private equity outfit, partnered with investment firm Abraaj Group to take a stake in the business. Since then they have helped the company to expand into new markets and set up a state-of-the-art manufacturing facility. In December Abraaj exited its investment in Moulin d’Or, followed in late January by ACE & Co, which has sold its stake to Supreme Group, a company that delivers food to active military personnel.

Looking back at ACE & Co’s two-year ownership of Moulin d’Or, Tarek Antaki, principal of ACE & Co, says it was always an attractive investment. “It’s a market-leading product, a highly recognisable brand among consumers with a passionate, forward-thinking management team,” he says. “And it’s relatively immune to the economic cycle – people are going to eat cake whether the economy is good or bad.”

Nonetheless, at the time of the initial investment insecurity was a major concern as Tunisia’s makeshift parliament battled over the creation of a new constitution.

“With the political changes there were always questions like whether the central bank would have the liquidity to do things like refund foreign currency,” says Christopher Kile (pictured), a director and one of three founders of ACE & Co. “But that hasn’t been an issue. The business has performed at or above expectations, even factoring in those potentially unpredictable things.”

ACE & Co works across various geographies and sectors, with four investment strategies aimed at different sizes of deal: angel, growth, buyout and secondary. The Moulin d’Or transaction came under its growth strategy, aimed at small but established firms in industries including consumer goods, services, technology, financials and materials. The firm tends to team up with other investors – such as Abraaj – and Kile says it has working relationships with “a dozen or so” private equity players.

“The relationship with Abraaj is one of mutual interest – we look at opportunities and when we have alignment of interest we show [the investment ideas] to each other and see where we can work together,” Kile says. “On this transaction, in terms of management, that’s something that we had Abraaj take the lead in. In other transactions, where we work with other groups, it can be different.”

Tunisia has garnered a lot of praise in recent weeks, most of it well justified. In early February the country’s parliament approved a fully elected coalition government comprising secularists and moderate Islamists, a major milestone in the country’s transition to democracy. Freedom House, a US human-rights organisation, designated Tunisia “free” (on a scale of “free”, “partly free” and “not free”) in its annual Freedom in the World report, making it the first Arab country since 1975 to hold that status.

The progress Tunisia has made is reflected in its business climate and capital markets. In January the country issued its first eurobond not to be backed by an international development organisation, raising US$1bn with a coupon of 5.75%.  The Tunis Stock Exchange saw 11 IPOs in 2013 and a further four in 2014, having recorded just eight between 2008 and 2012.

With among the highest GDP per capita in Africa, a well educated population and growing middle class, Tunisia has just the right kind of demographics to attract private equity firms. Ripe opportunities are few – the market is small and small business growth is hampered by a lack of access to credit – but Kile is optimistic.

“We haven’t had a high transaction volume [in North Africa] but we’ve been selective and managed to perform well on the investments we’ve made,” he says. “Tunisia is a small market so the ability to do a high volume of transactions is relatively limited. But of the countries that have gone through political change recently, my personal opinion is that Tunisia is the farthest along and it potentially makes the market a more open place to do business. We are not in current negotiations but are always looking at the market.”