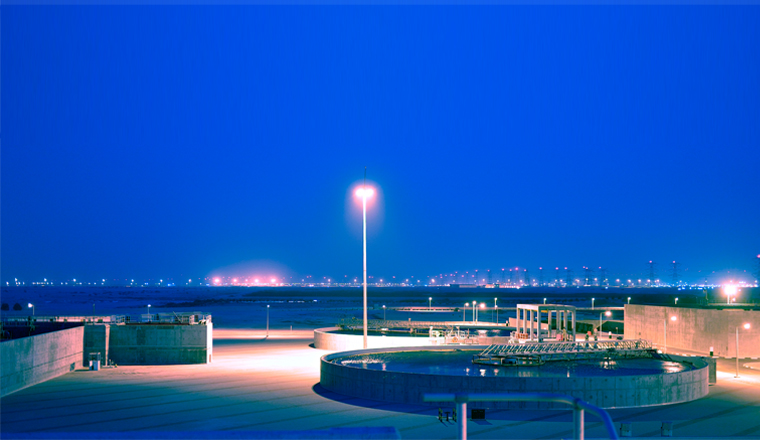 A desalination plant in Abu Dhabi; sanitation and waste storage projects in Oman; extending a waste water treatment plant in Qatar (pictured); waste management in Morocco: these and other projects made the Middle East and North Africa the fastest-growing business unit at Suez Environnement last year. Jean Marc Boursier, the company’s deputy chief executive in charge of finance, expects that to be the case this year too.

The French utility group, which does most of its business in waste-management and water treatment, recently announced 2014 results that centred on an 18.5% rise in profit to €417mn (US$457mn). The bulk of business remains in Europe, but the group’s international work – in Asia Pacific, the US, the Middle East, Africa and India – is growing.

“We believe that this region will continue to develop at a double-digit pace,” Boursier tells EMEA Finance. “Why are we so confident? First, we have numerous projects in the pipeline that were awarded to us in late 2014 [including the aforementioned projects in Abu Dhabi, Qatar and Oman].

“Second, we believe that this part of the world will see the development of energy-from-waste facilities. We haven’t seen much so far – we’re mainly developing this region with water projects – but we believe that we will see some significant waste projects over time.”

Boursier continues: “Frankly speaking I would be disappointed if we could not grow the business in the Middle East and Africa at a pace greater than 10% per annum.”

Elsewhere in the CEEMEA region, Boursier and colleagues have other targets for the coming years. One is Sub-Saharan Africa, the other Eastern Europe and the CIS, where Boursier points to Uzbekistan and Kazakhstan as examples of countries that may hold interest. “We are looking actively at those two regions and hope to be able to develop a franchise there over the next few years,” Boursier says.