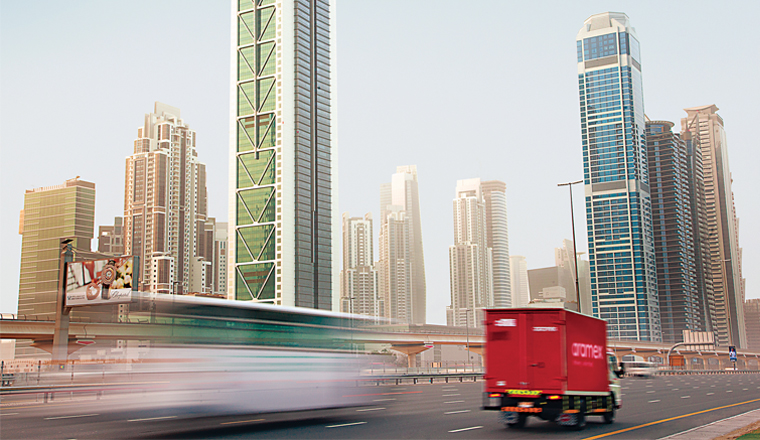 The head of the Dubai-based logistic firm's African division talks acquisitions and expansion.

Some of the most notable M&A deals to take place in the CEEMEA region over the past year have involved Middle Eastern buyers picking up targets in Sub-Saharan Africa. In September, Qatar National Bank bought an 11% share in Ecobank, a pan-African lender, to add to a 12.5% stake bought just two weeks before. At the end of the year UAE-based telecoms firm Etisalat finally closed its acquisition of Maroc Telecom and its lucrative Francophone West African business.

The start of 2015 saw another move by a big Middle Eastern firm in Sub-Saharan Africa. Although its target was far smaller than Maroc Telecom or Ecobank, the new acquisition could act as a useful template for logistics firms looking to improve their service on the continent.

Aramex is an international logistics company, founded in Jordan but based in Dubai, which posted record revenues in 2014 of AED3.65bn (US$993mn). It already has Sub-Saharan African operations in Kenya, Uganda and Tanzania, part of its Aramex Africa division. In January it grew its presence on the continent by buying PostNet South Africa, which owns South Africa’s largest document and parcel shipping network, for US$16.5mn.

The acquisition delivers on several fronts. As well as the obvious growth potential of the southern African market, the acquisition of PostNet’s branch network will allow Aramex to reduce the cost and improve the efficiency of its “last-mile deliveries”. The rise of emerging market e-commerce is spurring the growth of business-to-consumer deliveries, but poor infrastructure and peoples’ increasingly irregular lifestyles mean that delivering parcels to someone’s front door remains a big challenge. Parcels could instead be delivered to one of PostNet’s 281 outlets.

“With e-commerce coming in, business is changing,” says Samer Gharaibeh, CEO of Aramex Africa. “It’s no longer 9-to-5 so you need either to do a nightshift delivery or pay overtime, both of which are very expensive. PostNet delivery will be convenient for anybody – the time span to come and pick up [a left parcel] could be 24 hours, 48 hours... Having this wide infrastructure of outlets for PostNet in South Africa makes a lot of sense because you can be very close to any customer.”

Doing business in South Africa presents other challenges that the PostNet acquisition should help Aramex to overcome. As in the Middle East, the relative scarcity of credit cards means that payments are often made by cash on delivery – in the case of Aramex Africa, 70% of deliveries are paid for by cash. There are parts of South Africa, however, where carrying large amounts of cash is inadvisable. PostNet’s offices provide a secure location at which customers can pay by cash or card. They also offer services for small businesses such as photocopying and colour printing, a bundle that in Gharaibeh’s view is the model of the future – “courier [service alone] is not always good enough to attract a franchisee and convince them to open an Aramex store,” he says.

The Middle East still accounts for 50% of Aramex’s revenue, but this figure is expected to fall as the company expands internationally; the company announced in November that it was looking at targets in West Africa, the Philippines and Vietnam, among others.  The next step for the Africa business will be applying the PostNet model – the package of branch-based delivery and office services – to Aramex’s assets in Kenya, Uganda and Tanzania. According to Gharaibeh, Aramex Africa is always on the lookout for targets and has the financial clout to take advantage.

“There’s plenty of cash now in the Gulf area and the cost of borrowing is becoming almost zero,” he says. “We have a very strong balance sheet – almost zero leverage as a company. We have good access to borrowing but until now we haven’t used it. When we find a proper target, we will use it and I think banks will be lining up to work with us.”