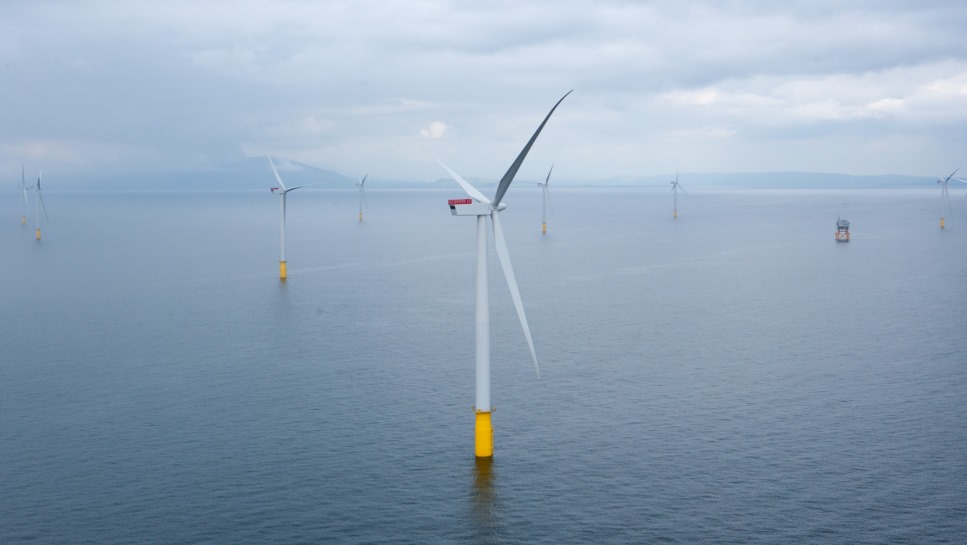 Hornsea Project One will be the world’s first offshore wind farm to exceed 1,000MW

The world’s largest-ever offshore wind farm is expected to go live in the UK in 2020 following DONG Energy’s commitment to invest in Hornsea Project One, a multi-billion pound development, which will have a capacity of 1.2 gigawatt (GW).

On completion,  Hornsea Project One, which  is located 120 kilometres off the Yorkshire coast and covers approximately 407 square kilometres, will be the world’s first offshore wind farm to exceed 1,000 megawatts (MW).

“The UK is already the world leader in deployment of offshore wind with as much capacity installed as the rest of the world combined,” said a spokesperson for DONG Energy, which has the largest portfolio of offshore wind farms in northern Europe, and for which Denmark, the UK and Germany are its largest and fastest-growing markets.

He added that DONG Energy has built more offshore wind farms than any other company worldwide. “We have built more than one third of the total offshore wind capacity in the market,” he said.

Hornsea Project One is only the start of things to come for this particular UK location. DONG Energy also has rights to the Hornsea Projects Two and Three, which have the potential to add a further 3GW of offshore wind power capacity.

“Neither project has development consent at this point,” said the spokesperson, pointing out that the projects are part of DONG Energy’s post-2020 pipeline and it is too early to give detailed timescales. “While we require development consent from the UK Governments as for all our projects, the investment decisions are a matter for the company.”

In the UK market, DONG Energy is already involved in a number of major projects, including

Westermost Rough, a 210MW offshore wind farm which is located eight kilometres off the Yorkshire coast, north of Hull, and covers 35 square kilometres.

Full power output was achieved at this offshore wind farm - enough to meet the annual electricity demands of well over 150,000 UK homes – in May 2015. The project is a joint venture in which DONG Energy has a 50% stake; Marubeni Corporation (a 25% stake) and the UK Green Investment Bank (25% stake).

“Westermost Rough achieving full power output is a hugely significant moment for the project. This is the first offshore wind farm in the world to use the Siemens 6MW turbines, which is an important step in reducing the cost of energy from offshore wind,”  said Duncan Clark, programme director at DONG Energy.

Other projects include Race Bank, a 580MW offshore wind farm, off the north Norfolk coast which DONG Energy acquired from Centrica in 2013. Offshore construction is starting this year with completion scheduled for 2018.

DONG Energy also has a 25% stake in Lincs, a 270MW offshore wind farm, which is located eight kilometres off the east coast near Skegness in Lincolnshire.  The other partners are Centrica (50%) and Siemens Project Ventures (25%).  Construction of this wind farm began in 2010 and it was officially opened in 2013.

Commenting on the recent planned addition of Hornsea Project One to its portfolio, Henrik Poulsen, ceo of DONG Energy said:  “We are excited about building this huge wind farm and pushing the boundaries of the offshore wind industry.

“Hornsea together with Race Bank, Westermost Rough and Lincs will make up a giant production area off the British east coast, supporting our efforts to deliver green and independent energy to society.”

Hornsea Project One was granted a final investment decision-enabling contract by the UK Government in April 2014 and will receive a fixed tariff for the first 15 years of production.

The project marks a major step in DONG Energy’s strategic plans for the UK offshore wind market where it wants to install 6.5GW by 2020.

“Reaching our strategic target is important as volume is required to reduce the cost of a new technology,” said Poulsen. “It is vital in order to make all players in the value chain advance up the learning curve. As such, Hornsea will be another major step in our ongoing efforts to significantly reduce the cost of electricity for offshore wind.”

Hornsea will surpass the Walney Extension, located in the Irish Sea, 19 kilometres west of Walney Island in Cumbria, which received a final investment decision in October 2015, as the world’s largest offshore wind farm. The Walney Extension will have a capacity of 660MW.

“Our decision to construct this giant wind farm underlines our commitment to the UK market. Hornsea Project One will support the supply chain and help create local jobs,” said Brent Cheshire, DONG Energy’s UK country chairman.  “To have the world’s biggest ever offshore wind farm located off the Yorkshire coast is hugely significant, and highlights the vital role offshore wind will play in the UK’s need for new low-carbon energy.”

DONG Energy became the sole owner of Hornsea after acquiring a 66.66% ownership share from Smart Wind in February 2015.