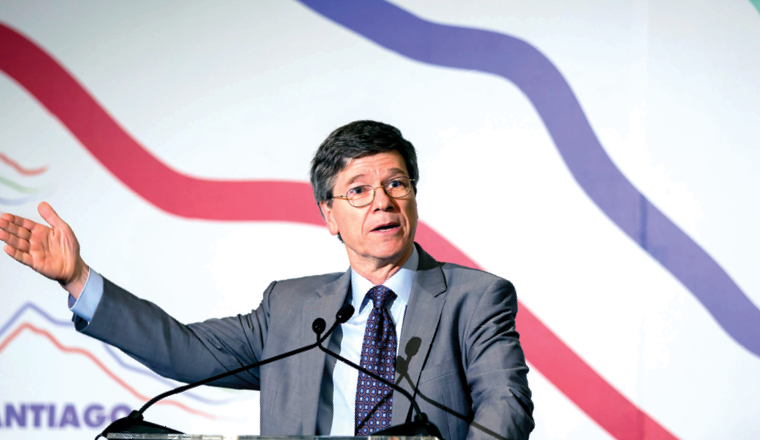 Spoiling for a fight

As one of the United States’ most iconic liberal economists Jeffrey Sachs issues a manifesto to defend the fight against climate change and global poverty under a Donald Trump presidency. Phil Thornton reports.

Oh my gosh — I’m an Upper West side academic, one of the lowest forms of life imaginable to this guy”, says Jeffrey Sachs, the renowned economist, as he contemplates the impact of Donald Trump as US president.

Sachs was a strong advocate of Bernie Sanders to be the Democrats’ candidate rather than Hillary Clinton in last year’s election but switched to back the former Secretary of State when she was chosen to fight the New York billionaire.

The double disappointment has clearly hit Sachs, who as a professor and former director of the Earth Institute at Columbia University in New York, has spent his career setting out the case for pro-poor global economic development and has been a leading figure in the fight against both poverty and climate change.

“I have been hoping that there would be some silver linings — and maybe there will be a few — but [Trump] is really bizarre and quite dangerous,” he tells EMEA Finance.

For him the biggest risk is a reversal of the slow movement towards collective global action on reducing harmful gas emissions that culminated in the signing of the climate change treaty in Paris in December 2015.

“Our generation is the last one that can address the pivotal environmental pressure on our planet because we are so close to dangerous thresholds that if we don’t act we will no longer be able to avoid a lot of calamities.”