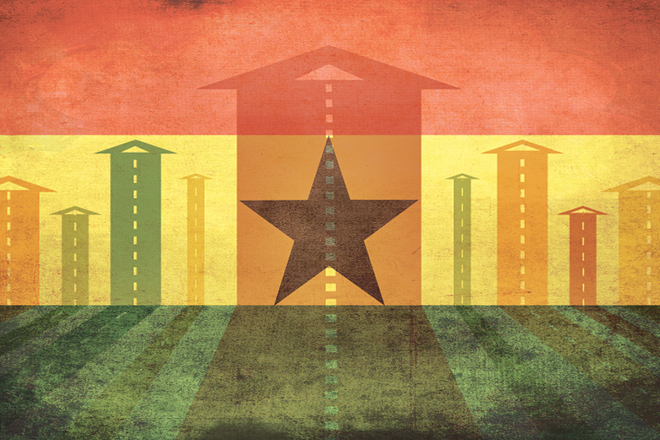 In May, the International Monetary Fund made a surprising prediction: Ghana would be the world’s fastest growing economy in 2019. With its GDP expected to rise by 8.8%, the country’s growth rate is around double the pace of emerging economies as a whole.

This growth can, in part, be explained as the upshot of increased oil production. Once known primarily as a cocoa producer, Ghana is now ramping up its exploration activities, spearheaded by the likes of Tullow Oil and Aker Energy. The country is expected to produce 500,000 barrels of oil a day by 2024, more than double the current total.

“Increased oil production will play a large role in supporting GDP growth this year, much like what was the case since mid-2016,” Cobus de Hart of NKC African Economics tells EMEA Finance. “That said, the non-oil economy has gradually gained more traction, supported by an improvement in electricity supply, lower inflation and interest rates. ICT is actually the fastest expanding sector at this stage.”

He adds that, while oil played a major role in lifting GDP growth in 2017-18 and will continue to do so, Ghana’s economy is fairly diversified.