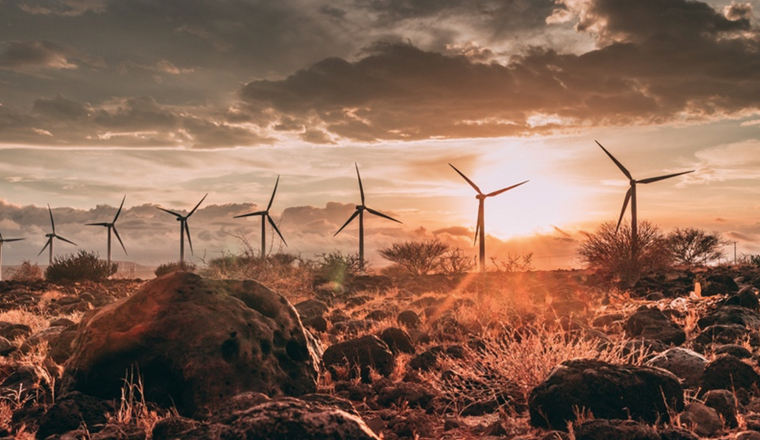 Following the launch of the Lake Turkana Wind Power project last year, Kenya has moved closer to its goal of 100% renewable energy and has proven its readiness for large-scale infrastructure investments.

In 2005, two Dutch holidaymakers embarked on their annual fishing trip to Lake Turkana in Kenya. When night fell, they tried to pitch their tent to no avail when their canvas was blown away, forcing them to spend the night in their car.

“In that car, in a remote part of the world, an idea was born – this wind that consistently blew away their tent could be harnessed,” says Rizwan Fazal, executive director of the Lake Turkana Wind Power project. “When they went back home, the Dutchmen told family and friends about the incredible winds on the shores of Lake Turkana. They set in motion the wheels of Africa’s largest wind farm and the country’s single largest private sector investment.”

At the time, Kenya was unveiling its development and investment blueprint, which included a number of electricity-intensive projects. This meant there was an energy gap that a wind power project could fill. On top of that, renewables were becoming increasingly attractive.

“The country was looking to invest in more green energy in a bid to demobilise more expensive thermal power plants whose PPAs would expire in the coming years,” explains Fazal. “These factors encouraged the government and private sectors to support the project.”

A wind farm is born

Fourteen years later, in July 2019, Kenya’s president Uhuru Kenyatta officially inaugurated the wind farm. Located in Loilyangalani District in the Marsabit County, the wind farm comprises 365 turbines totaling 310MW, along with a high voltage substation that connects to the national grid. It produces 1,683 terawatt hours of power a year, mitigating the equivalent of 740,000 metric tons of carbon dioxide.