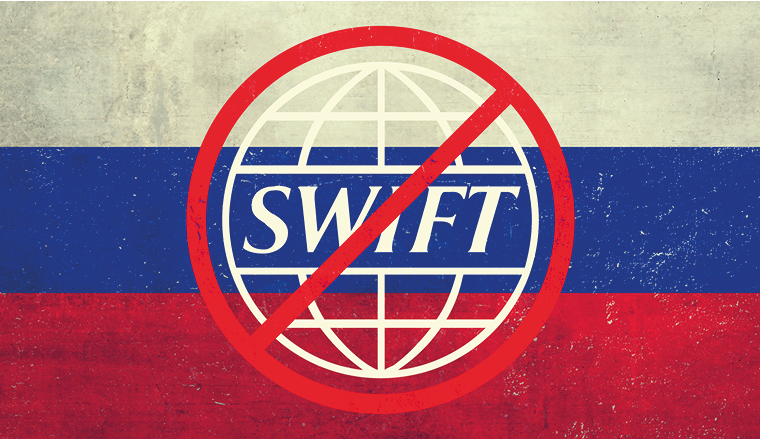 The EU and its allies have partially excluded Russia from the global messaging system – but are nervous about how a total ban could damage the West.

Days after Russia’s invasion of Ukraine on 24th February, the UK, the US, France, Germany, Italy, Canada and the European Commission released a joint statement announcing they would partially cut off Russia from SWIFT.

SWIFT, which stands for the Society for Worldwide Interbank Financial Telecommunication, is a global messaging system and an important tool for international banking. It connects more than 11,000 financial institutions worldwide, transmits around 42 million messages a day, and is used to facilitate most high-value cross-border transactions. A reported $140 trillion in payments pass through its system every year.

As the statement explained, the ousting of ‘selected Russian banks… will ensure that these banks are disconnected from the international financial system and harm their ability to operate globally’.

This decision will hit Russia’s access to funds and disrupt international trade. It will cause delays and add extra costs, forcing banks to use alternative messaging systems and freezing their ability to transact across borders.

The EU and its allies also said they would restrict the Russian Central Bank from deploying its international reserves, freeze certain Russian assets and limit wealthy Russians from buying ‘golden passports’.

Taken together with the other sanctions, the ban had an immediate effect on the Russian economy. The ruble plunged by 27% when markets opened on 28th February. “This is a big diplomatic victory. Russia will suffer billions upon billions of financial losses – their price for invasion,” said Ukrainian President Volodymye Zelenskyy in a public address.

At least for now, the NATO countries have resisted blocking Russia from SWIFT in its entirety. The seven banks chosen are those with explicit ties to the Kremlin (and by association, the Ukraine invasion). That leaves nearly 300 additional Russian banks still in the SWIFT system, including Russia’s largest lender Sberbank, and others that handle oil and gas transactions.