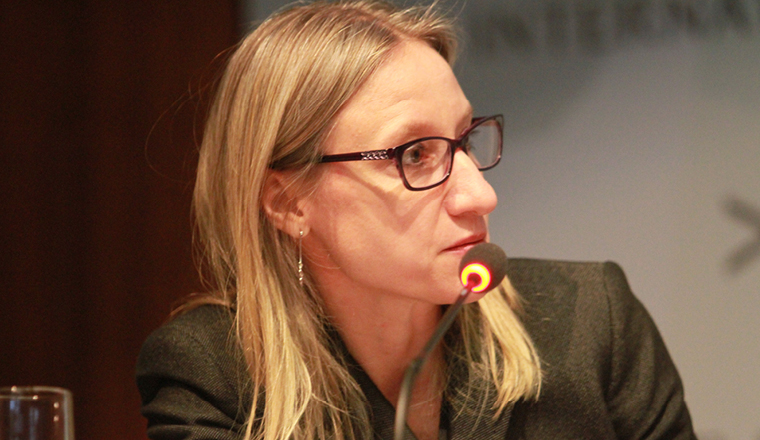 Following the Russian invasion, many donor agencies have provided emergency support to Ukraine. But will this be enough and where should their priorities lie?

Estimated damage to Ukraine as a direct result of the war has been placed at US$565bn, according to Ukraine’s Economy Minister Yulia Svyrydenko. On 28 March, she broadcast this figure in social media channels. The massive sum includes the damage and destruction to critical infrastructure (loss of 8,000 kilometers of roads, railways, airports and other essential facilities); loss to general GDP; damage to civilian populations and the country’s firms and industries.

In the wake of Russia’s invasion of Ukraine, a number of international donors have stepped up to offer emergency financial support. Financial institutions, donor agencies and governments alike have announced packages designed to help those affected by the conflict.

For starters, the World Bank Group has planned a US$3bn support package, to be disbursed over the coming months. Already, the Bank has mobilised more than US$925mn to help the Ukrainian government provide critical services. The United Nations and its humanitarian partners have launched emergency appeals for US$1.7bn. The World Health Organization stated that US$45mn was need to assist Ukraine with emergency health supplies. The agency had released US$10.2mn to purchase and to deliver urgent medical supplies as of mid-March.

The European Investment Bank (EIB), in collaboration with the European Commission, has prepared a €2bn package, including €668m in immediate liquidity assistance. This sum has been matched by the European Bank of Reconstruction and Development (EBRD), in the form of an Immediate Resilience and Livelihoods programme. Once conditions allow, the Bank also intends to participate in a reconstruction programme.

The International Monetary Fund (IMF), which has provided US$1.4bn in rapid assistance, is working on a new Ukraine trust fund instrument to allow bilateral donor countries to contribute resources. According to Reuters, the IMF’s own loan is having a “catalytic” effect on donations.

Meanwhile, various governments are making their own commitments. The UK has provided £220mn in funding, including £120mn of humanitarian aid, while France has allocated €100mn and Canada US$145mn.

Poland, which shares a border with Ukraine, has announced plans to spend 8bn zloty (US$1.7bn) on aid for refugees. On March 22, Poland’s central bank, Narodowy Bank Polski extended a USD/UAH currency swap line of up to US$1bn to the National Bank of Ukraine. Poland’s central bank also announced that it had agreed with Ukraine’s central bank to support adult Ukrainian refugees by allowing them to exchange up to 10,000 Ukrainian hryvnia per person into zloty at the fixed official exchange rate, which is set by the bank.

The US congress has authorized US$13.6bn to support Ukraine as it defends itself against Russian aggression, roughly half of these funds are allocated towards military purposes.

These donations are hugely welcome and necessary at a time of untold destruction. Unfortunately, the overall situation in Ukraine remains bleak, both from an economic and humanitarian perspective. Even before the invasion, Ukraine had a projected budget deficit of 3.5% of GDP for 2022. Since then, Moody’s and Fitch have both downgraded Ukraine’s ratings (from B3 to Caa2 and B to CCC respectively).

Writing on a press release, Moody’s analysts suggested that Ukraine’s existing financial buffers ‘will not be sufficient to fully offset liquidity risks given reduced funding options, foreign investor outflows and mounting pressure on the external position’. The ratings agency also stated that the international support ‘will help to shore up liquidity but is unlikely to be sufficient to cushion the full impact of the Russian invasion on Ukraine’s credit profile’.

While many uncertainties remain, it’s clear that further support is required. The IMF has estimated that Ukraine’s economy could shrink by 35% if the war continues, while the OECD has warned that the crisis could cut global economic growth by more than a percentage point. Vulnerable people in other parts of the world may feel the impacts too, in the shape of heightened food insecurity.

“The overall damage is hard to predict at this point,” Romina Bandura, a senior fellow at the Centre for Strategic and International Studies (CSIS), tells EMEA Finance. “It will depend on the length and complexity of the war. There will be direct costs to Ukraine and to its neighbors, and then indirect impacts to the global economy that are already being felt around the world.”

In a recent commentary on the subject, Bandera highlighted what the priorities for donors ought to be – namely providing short-term liquidity support, getting cash into the hands of ordinary Ukrainians, protecting supply chains and supporting Ukraine’s neighboring countries.

She remarks that the most difficult task in the short term is to ensure that essential goods are being delivered within Ukraine, and to guarantee humanitarian corridors. Over the longer term, it may get progressively harder for neighboring countries to absorb refugees and provide humanitarian assistance.

“What concerns me is that we have a disconnect among our allies, a situation of ‘what one hand gives the other takes away’,” she adds. “On the one hand aid is being provided to Ukraine but on the other, Europeans are still purchasing energy from Russia, and in this regard, helping Russia finance this war. This is disturbing.”

Further down the line, Bandura hopes to see significant appetite from the donor community to support Ukraine’s rebuilding effort. For instance, British Prime Minister Boris Johnson has committed to a new ‘Marshall Plan for Ukraine’, alluding to the efforts made to rebuild Western Europe after World War II.

“It might be too early to devise such a plan but the US and international donor community need to start thinking how to best support the reconstruction efforts,” says Bandura. “This plan should be led by the legitimate government of Ukraine. What donors could do is to agree in the division of labour and coordinate. Strong transparency and accountability mechanisms will also be needed to make sure money is flowing to the right causes and channels.”

For now, it isn’t possible to speculate about the direction the war will take or how this will impact the Ukrainian people. However, it is clear that international support will be a critical piece of the puzzle when it comes to mitigating the worst effects.