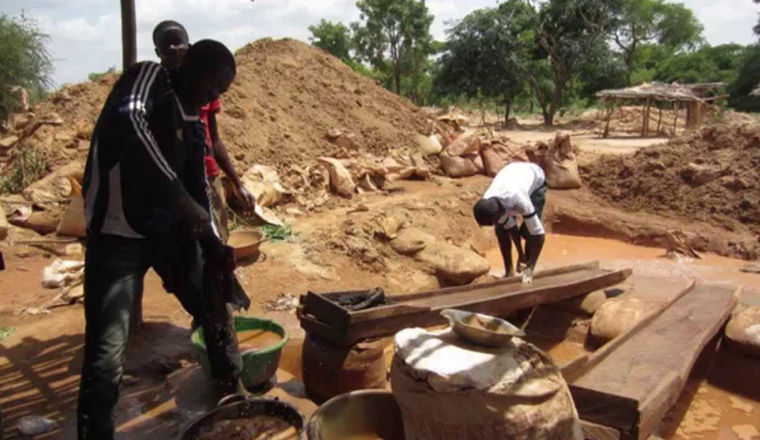 The artisanal and small-scale mining sector is a huge employer in Congo, but its often-illicit nature means workers can’t access banking services. Trust Merchant Bank hopes to change that picture.

The artisanal and small-scale mining (ASM) sector has historically been neglected by banks. Although the sector is a major source of mineral resources production, such as gold mining, it is associated with some serious problems – human right violations, unsafe working condition, environmental degradation and the financing of armed groups.

In the Democratic Republic of Congo (DRC), up to a million workers are thought to be employed in artisanal and small-scale mining, with a further three to five million people dependent on the sector. Much of the activity takes place in rural, underdeveloped parts of the country, in which there are few other opportunities for income generation. However, most workers are employed informally, without fully legalised status, and are unable to access financial services such as bank accounts and loans.

Trust Merchant Bank (TMB), a commercial bank based in the DRC, has spent many years puzzling out how best to engage with miners. As a financial inclusion bank, it seeks to provide accessible banking services to everyone in the community. But dealing with such a fraught sector poses compliance and reputational risks – not least the possibility that a bank could unwittingly be funding terrorist groups.

“DRC is a de facto dollarised economy, meaning if something goes wrong in our approach to providing banking to any individual, we’re subject to US sanctions and controls,” David McEvoy, a management advisor at TMB, tells EMEA Finance. “There is a risk that our access to the dollar market would be withdrawn, which would really be an existential risk for a bank like TMB.”

TMB isn’t the only one pondering these questions. In recent years, a number of governmental entities and DFIs have begun work in this field. To take a prominent example, the OECD has spent the last 10 years developing due diligence guidance for responsible mineral supply chains.

Louis Marechal, sector lead for minerals and extractives at the OECD, says that while the OECD’s work is often perceived as ‘anti-mining’, that couldn’t be further from the truth.

“One of the overarching objectives of our work is to foster responsible investments in mineral supply chains in conflict-affected and high-risk areas,” he tells EMEA Finance. “Oftentimes in those areas the extractive sector is the only one available to generate revenues, to help stabilise the economy in post-conflict situations. We want to promote the inclusion of miners in formal supply chains as a way to mitigate the risks of conflict financing, serious abuses of human rights and other crimes.”

If banks are able to provide miners with formal access to legal financing, the miners themselves will benefit. It would mean they are no longer reliant on sources of finance that could be dangerous to them.

“It’s also important that they’re recognised by the government, so they're able to pay taxes as they should,” says Marechal. “This offers them a great deal of visibility with companies downstream in the supply chain that are interested in sourcing ASM mining material, but have struggled to do so because it's part of an informal and sometimes illegal economy.”