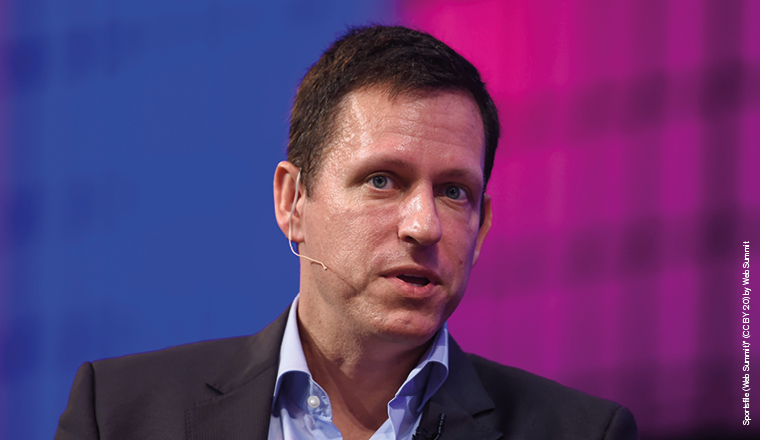 The Silicon Valley entrepreneur and investor is often a lighting rod for controversy due to his at times outspoken contrarian opinions. Jules Evans explores the key events and influences in Thiels’s life that have shaped his character and outlook.

This summer I was lucky enough to get a COVID vaccine. I was given it in the Science Museum, appropriately enough, about 20 metres from an exhibition showing the implements that Edward Jenner used to dispense the first ever vaccine in 1796. Nothing did more to radically extend human life expectancy in the 20th century than vaccines.

While recovering from the mild flu effects of the vaccine, I spent the day reading about perhaps the most famous advocate of radical life extension — Silicon Valley investor Peter Thiel.

He’s not the richest entrepreneur in Silicon Valley (he’s worth a mere $6.5 billion) but he’s one of the more interesting ones. He is famous as a contrarian, who hires contrarian thinkers like Eric Weinstein to join his court at Thiel Capital and think alternative thoughts. He also appoints ‘Thiel Fellows’ each year, who he pays to drop out of college and think alternative thoughts.