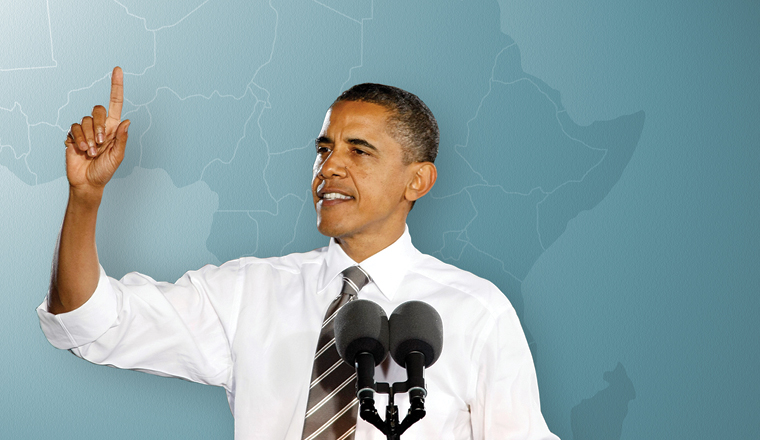 The President has attempted to breathe new life into an ambitious electrification initiative, but US investors remain hesitant over African country risk. Peter Guest reports.

On his first visit to Kenya since becoming president, Barack Obama was bullish about how American companies would be lighting up Africa.

The president’s four-country tour hoped to drive investment by US companies into Africa and to reignite interest in power Africa, a headline initiative conceived as a way to fix the continent’s perennial power shortages, which has failed to gather meaningful momentum in the two years since it launched, according to those close to the process.

Launched in 2013, Power Africa was envisioned as a way to bring US companies into the sub-Saharan African infrastructure sector to add 20mn new electricity connections and 10,000 megawatts of new power generation. This goal has since been increased to 60mn connections and 30,000 megawatts. So far, transactions that have reached financial close under the initiative represent a total of more than 4,000 megawatts, and US$20bn in private sector funds have been committed on top of the US government’s US$7bn.

Critics of the plan, however, say that two years on, it has delivered little if any power on the ground, and that it has not fundamentally changed the course of investment flows.

Standing in the way is a widespread reluctance amongst US investors to take on country and counterparty risk in sub-Saharan Africa, which means that, even with a presidential seal of approval, many companies struggle to justify taking part in African infrastructure projects.

“It was very hard for us six years ago even to make our investment committee approve our investment in sub-Saharan Africa,” says Omar Belmamoun, director of Platinum Power, a platform company owned by the US private equity firm Brookstone Partners.

Today, the company has investments in hydropower projects in Côte d’Ivoire and Cameroon, and is tentatively exploring deals elsewhere on the continent. It is one of a relatively small number of North American investors in Africa’s power infrastructure, which is a sector that has been long neglected to the detriment of the continent’s economic growth. Belmamoun accepts that his firm is something of an outlier as one of the few companies active in the sector.

Some US institutional investors, like those from elsewhere in developed markets, have been drawn to emerging markets in sub-Saharan Africa by a search for high-yielding assets. Slow or stagnant economic growth in mature economies, coupled with low interest rates, has driven them to look overseas, and often into frontier locations.

“When you have Swiss government bonds with negative interest, when you have a hard time making a 3% or 4% [return] in your own country, the US, then you need to start looking elsewhere to get the 15% that you need,” Belmamoun says. ”They are less risk averse, suddenly. I think that’s what happened. It’s going after a higher IRR.”

Improving political stability and investor-friendly legislation in many sub-Saharan African countries has helped to reassure some investors from mature markets that the bad old days in the region are over. However, their fiduciary responsibilities coupled with a widespread perception that the remaining risks in Africa still heavily outweigh the potential benefits have often led them to set a high bar for infrastructure project.

“To be honest, we don’t only need a state guarantee, we need the MIGA guarantee as well,” Belmamoun says, referring to the World Bank’s Multilateral Investment Guarantee Association, which offers concessional insurance products for projects in the developing world. “We need the guarantee on top of the guarantee. It’s… that’s sub-Saharan Africa today. I don’t think foreign investors are willing to invest a billion dollars in a power plant without the guarantee.”

There is also a degree of fragility to the current, limited interest. As Belmamoun says, investor demand can be vulnerable to negative news flow, and Africa has seen its fair share such as the outbreak of Ebola in Sierra Leone, Liberia and Guinea. These events and the tone of the news must be more positive than negative in order to garner the necessary support for positive investment decisions made at many US companies.

“One of the risks of interest rates going up in the US is having US investors becoming less interested by exotic regions like Africa,” he says.