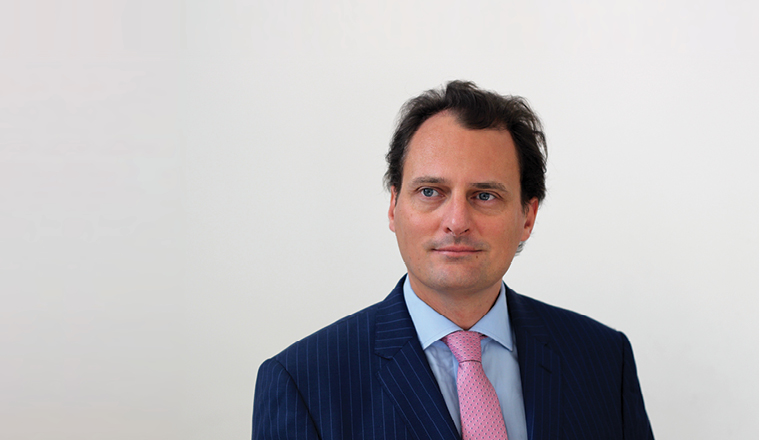 Rolling down the track

With infrastructure projects in development across the Middle East, governments are hoping to plug the funding gap by harnessing private investment

Infrastructure developments are booming across the Middle East. As the UAE and Qatar gear up for upcoming global events, we are seeing a rise in project awards across power, transport, water and construction. According a report by Deloitte Middle East, GCC construction projects are valued at US$172bn in 2015, the highest figure on record.

This trend is nothing new. Faced with growing populations, economic expansion, and pressure to improve living standards, infrastructure demand has long been rising across the MENA region. As of the start of 2014, there were over 2,000 active tender projects underway in the Middle East, with the majority taking place in oil-rich countries such as the UAE and Saudi Arabia.

Over the next ten years, planned infrastructure investment will surpass US$1.3tr, 30% of which is already committed. For many governments across the region, plummeting oil prices are no bar, serving only to emphasis the need for diversification. Instead of relying on a single commodity, they are funneling public money into projects such as the US$93bn King Abdullah Economic City project in Saudi Arabia, the US$45bn Lusail development in Qatar and the US$32bn Al Maktoum International Airport expansion in Dubai.

That said, the levels of investment required cannot always be reliably provided by governments. As Sebastien Henin, head of asset management at The National Investor, points out, “GCC governments will probably have to rank their projects and postpone or cancel some of them due to the fiscal deficits they are running”.

With current regional infrastructure investment totalling only US$60bn-US$70bn of the US$100bn required each year, there is a clear need to attract private sector funds. As well as boosting budgets, this would also entail mobilising technological expertise and managerial skills for public benefit.

As attractive as these opportunities may be or seem, private sector investment has been notoriously hard to harness. Muneer Ferozie, regional head of PPP at the IFC, believes there are three obstacles standing in the way.

“One [obstacle] is long-term decision making – with all the political turmoil and changes in the region, that is generally lacking,” he says. “Private sector is really looking at stability of the legal and regulatory regime, and following all the revolutions in the regions and political insurgency, that’s going to become more difficult.”

“The second one is stability – lack of security affects private sector participation. The third obstacle is the capacity of the government counterparts. Everyone wants to do public-private partnerships (PPPs) but when you drill down below the surface I think the understanding of PPPs is fairly limited. You can have advisers to help you through the first phase which is basically the structuring and tendering of the transaction, but you need to have that capacity to live through that contract for twenty, twenty-five years,” Ferozie explains.

At IFC Advisory services, the PPP programme advises governments on how best to leverage the private sector. Its portfolio spans both hard infrastructure such as wastewater and desalination projects, and social infrastructure such as hospitals. These partnerships are structured in such a way as to more appropriately allocate risk.

“There’s a tendency for the public sector to think you can just dump all the risks in the private sector, and that’s probably the worst thing they can do,” says Ferozie. “The private sector has a very limited pool of capital, so if you put too many risks on the project they will shy away from that. Whoever is advising the government sector should tell them what are the risks they should be taking, what are the risks the private sector should bear, what’s insurable, what’s not insurable. Some of the risks have a cost associated with them, so the government can take a view on whether they would rather pay that through a tariff or absorb it themselves.”

As matters stand, not all sectors are in a position to be chasing private investment. The rail sector, for instance, is on the upswing, with the US$200bn GCC Rail Network underway and a number of major cities building metro systems from scratch. At this stage, however, stakeholders are acting with caution. While it is hoped that operational and maintenance costs for the GCC Rail Network will eventually fall to the private sector, the project itself is being funded entirely through the public purse.

“Investors are ignoring investments in that sector for the time being. This means of transport is new to the region and many countries are involved in the project, so it’s too early to assess the business model. At this very early stage only government-related entities will take the initiative to invest in this project,” says Henin.

It may be a while yet before private companies begin to take on more risks in sectors like rail where risks seem to outweigh their appetite for these often mega-projects. The same applies to nascent players in other infrastructure sectors. That said, with developments continuing apace across the region, the next few years could prove to be an exciting time for private sector entrants.