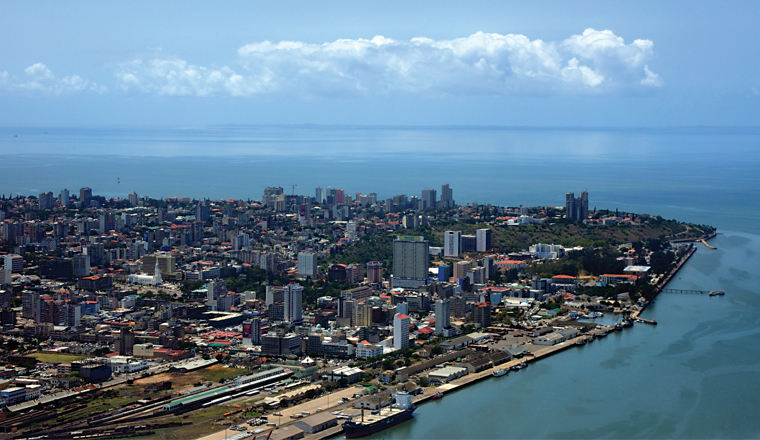 From Cairo with croissants

Of all Egypt’s industrial offerings, it’s snack food that has brought international investors’ attention back to the company’s corporates. In April Edita Food Industries, which makes cakes, croissants and other treats, listed shares on the Egyptian Exchange and global depositary receipts (GDRs) on the London Stock Exchange, each GDR representing five of the company’s shares.

Tell ‘em about the Twinkie

Edita sells its food in Egypt and exports it into countries including Libya, Iraq, Palestine, Jordan, Syria and Yemen. As well as its own brands it owns exclusive rights to some international products – including American sponge cake Twinkies – in certain parts of the region, and is expanding that part of the business. Pitching its listing to potential investors, the company’s management team cited numbers crunched by consumer research firm Nielsen that showed Egypt’s snack food market has grown by about 24% annually since 2010, reaching a market size of EGP15.5bn (US$2bn) last year.

But successfully convincing international investors of the company’s potential arguably says as much about a resurgence of confidence in Egypt’s economy as it does the investor-relations skills of Edita’s top team. After the political and economic uncertainties of recent years, there have been welcome signs of activity once more in the country’s capital markets, including last year’s local listing of the Arabian Cement Company, a US$109mn float in May that was the first IPO on the Egyptian Exchange since 2010. But for Mahmoud Salem, head of depositary receipts for the Middle East at BNY Mellon, the Edita transaction has proved to be the icing on the cake.

“The Egyptian market did extremely well last year, predominantly due to confidence from Egyptian and Gulf investors and some risk-takers in the hedge funds, but the long-term investors, specifically institutional investors, were mainly on the sidelines,” Salem tells EMEA Finance shortly after Edita’s GDRs were priced and listed. “What Edita has signalled is the reopening of the market to international investors.”

As trading in the company started, Egyptian Exchange chairman Dr. Mohamed Omran offered his own thoughts on what dealmakers hope is a new era for Egyptian capital markets: “The significant volume equity transactions – both listings and capital raisings – illustrate that the stock exchange is carrying out its primary role of financing companies, allowing it to serve as an engine of job creation for the society at large.

“The successful listing of large companies at this critical time sends a clear message to the investment community locally and globally that the economy is rapidly recovering with a very positive outlook. Further diversification of the market through the listing of companies of various sizes and in a range of industries will enhance the trading environment in the [Egyptian Exchange], as new listings help in attracting new investors which will in turn improve the overall market liquidity.”

And if it’s too optimistic to expect a rush of Egyptian companies to follow suit, Edita’s listing should at least have management teams weighing up their choices.

“A lot of companies have it on their mind to raise capital – the question becomes how and when?” says Salem. “Do we tap the debt market, private equity, strategic investors, public equity markets, global capital markets or a combination? If a company needs just US$100mn it might skip London. If it needs US$250mn or above, Edita has put a London GDR listing on the table as one of the options.”

Societe Generale has become the largest name yet to make an acquisition in Mozambique as banks look to take advantage of its untapped natural gas wealth.

In January 2014, leading petroleum weekly the Oil & Gas Journal raised Mozambique’s proven natural gas reserve estimate to 100 trillion cubic feet from just 4.5 trillion the year before. This thrust the poor Lusophone country into the global top 15 by proven reserves, third in Africa behind Nigeria and Algeria. The wealth the gas brings will transform the country – whether for better or worse, it’s too early to say. Either way, many banks have been looking at how best to take advantage.

In June 2014, pan-African lender Ecobank closed its acquisition of microfinance institution Banco ProCredit Mozambique from Germany’s ProCredit Holding. At the time of the deal Daniel Sackey, Ecobank’s Southern African Development Community cluster head, told EMEA Finance that “[our] strategy will revolve around expanding our trade finance expertise to grow intra-regional and intra-Africa trade”. The same month, South Africa’s Nedbank (which has an alliance with Ecobank) bought a 36.4% stake in Banco Único, Mozambique’s sixth-largest,

In late March this year, Societe Generale became the largest name yet, and the first non-Africa specialist, to make a move into Mozambique. The bank bought a majority stake in Mauritius Commercial Bank Mozambique from Mauritius Commercial Bank (MCB), with the latter keeping a minority share. The French bank has earmarked €4bn (US$4.3bn) in additional capital to develop its presence in Africa, with a particular focus on the less well-explored Anglophone and Lusophone markets.

Alexandre Maymat, Societe Generale’s head of Africa, Asia, Mediterranean and overseas regions for international banking and financial services, said of the deal: “This partnership marks a new stage in Societe Generale’s development in Africa, particularly in non-French speaking parts of the continent, and demonstrates our ongoing commitment to African economies, going back more than 100 years.”

This isn’t the first time that Societe Generale has worked with MCB to aid an entry into Africa. In 1996 MCB acquired a 66.66% stake in Banque Française Commerciale Océan Indien, which is based in the French overseas department of Reunion, near Madagascar. This stake was upped to 88.88% in 2000. Then in 2003 Societe Generale arrived and entered into a 50:50 joint ownership deal with MCB. According to someone close to the Mozambique deal, who wished to remain anonymous due to the transaction not yet having closed, MCB was not concerned on this occasion about maintaining a majority stake or shareholder parity.

Precedent for such acquisitions, while becoming more established, is still limited in Mozambique. It is hoped that the deal will close during the course of the year after the central bank and judiciary have had a chance to dot the necessary i’s and cross the t’s. Expect more global names to follow suit.