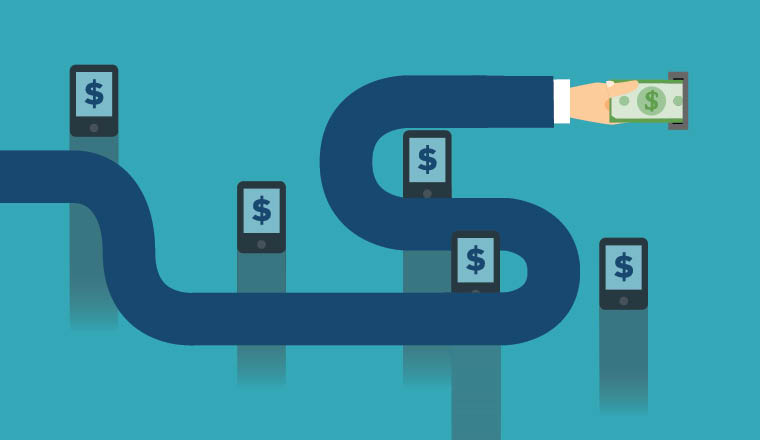 Remittances are a vitally important part of the African financial system, but a lack of competition means that the continent pays more for money transfer than anywhere else in the world. However, mobile and online services are disrupting the status quo and driving transformational change in the industry.

Rajesh Agrawal started his technology career just as the dotcom bubble was rising in the late 1990s, at the point where billions of dollars were thrown at smoke-and-mirror businesses.

“I saw it all going into bust in 2001 and so on. And people asked me: ‘what do you make of it?’” Agrawal remembers. “I used to say, there’s one simple reason. Consumer behaviour does not change as fast as technology. Look at e-commerce. The technology to buy stuff online was there in 2001… but there weren’t many people buying stuff online. Consumer behaviour moves rather slowly.”

Today, as CEO of Xendpay, Agrawal is part of a new wave of businesses that are using technology that has been around for close to a decade to disrupt a huge section of the international financial infrastructure. The disintermediation of traditional money transfer players could create enormous benefits for African consumers and markets, who have historically paid a high price for international transfers.

The global remittance business is worth around US$585bn per year. Remittances through formal channels amount to around US$40bn to African economies, averaging at US$1,200 per migrant, although many people use informal channels.

Two-thirds of global remittance traffic goes through the two market leaders, MoneyGram and Western Union, whose outlets and agents are a standard feature of high streets worldwide.

Those two companies dominate the landscape in Africa, having established themselves with exclusive agreements with African banks during the liberalisation of the continent’s financial markets during the 1980s and 1990s.

The lack of competition on the continent means that Africans pay more to send money home than residents of any other region. The Sub-Saharan African average is 12% for transfers of US$200, compared with a global average of 8%, according to research from the Overseas Development Initiative (ODI), a UK think tank. The average fee figures are only part of the story, however. Minimum fees charged to send money also disproportionately affect users who send small quantities on a regular basis.

Given how important remittances are to many African economies, the high cost of money transfer acts as a brake on development. ODI’s research calculated that this amounted to a “super-tax” of US$1.8bn on the continent; US$586mn of that was due to foreign currency charges levied by the money transfer businesses.

Remittance flows also tend to be counter-cyclical. When economies get into trouble, the Diaspora sends more money home.

At times, the development community has made moves to push down the cost of remittances, most recently at an EU-Africa migration summit in November 2015, where leaders pledged to reduce transaction costs to below 3% by 2030.

“The fact that governments get together and say that fees should come down to 3% doesn’t really change much,” says Ismail Ahmed, CEO of WorldRemit, an online money transfer firm. “What would change things is tackling the issue of competition. There are anticompetitive practices that are allowing these companies to charge fees that are a lot higher than they could charge in a competitive market. I think those market distortions still account for the fact that in some corridors the fees are very high.”