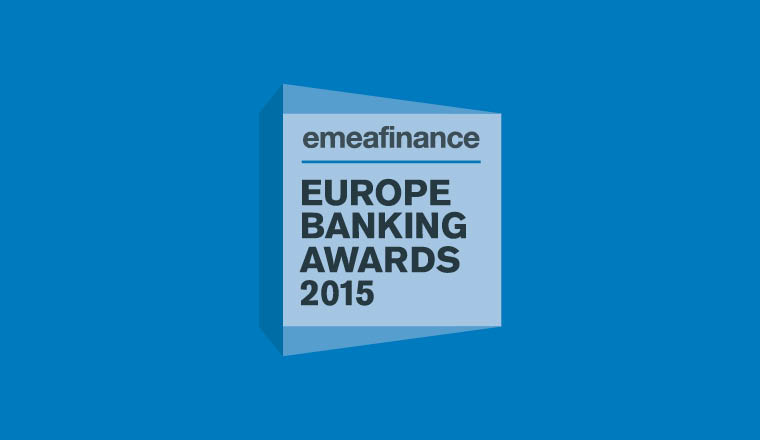 A round-up of the winning banks, investment banks, brokers and asset managers from this year's EBA's.

There is always that rush of accomplished relief when one alights from a challenging rollercoaster ride. There were times when all of Europe was holding its breath waiting to see what might happen next, recall the Greek bailout negotiations in the summer, the still unresolved conflict between Russia and the Ukraine, and various elections happening across the continent. We suppose that during certain points during the past year, some of our winners might have had the same temporary elation having either outperformed peers or reached new milestones in their businesses.

At the core of our winner’s success is their focus on customers, some of them are increasingly helped in this area by the implementation of corporate social responsibility programmes that are customer-centric. Of course, in an increasingly digital world, our winners continue to make important investments in IT infrastructure, Internet banking and in mobile applications.

Our winners registered strong growth, in many circumstances more than four or five times that of their domestic economies. We like that they are all focused on becoming more efficient, but not at the cost of serving their customers. This year has already had its ‘ups and downs’, however, we expect our winners - sitting in the first car - to relish the adventure ahead.

Raiffeisen Bank International returns to its winning ways after a step backwards last year when it recorded a negative consolidated result for the first time. Karl Sevelda, RBI’s CEO summarised the bank’s 2015 as follows: “A very busy, but also a quite decent year lies behind RBI. We have returned to profitable territory and made good progress in our transformation program. We managed to significantly strengthen our capital ratios and to improve the bank’s risk profile.”

Sevelda’s succinct and direct review hits all the targets, while probably down playing the extent of the effort and hard work involved to return the bank to its normal profitable self. The bank’s management has set a new course to become more efficient, to reduce complexity and to minimise overlap where it exists. Hard decisions have been made about specific countries and businesses, and the bank has benefited from a welcome economic uplift in a number of key markets.

The bank’s slimming down and bulking up exercises include: selling its Slovenian subsidiary, working to sell its direct bank ZUNO Bank, increasing Raiffeisen Bank Aval’s tier 1 capital by €112mn and adding the EBRD as a 30% shareholder, and securitising and selling-on specific loan portfolios.