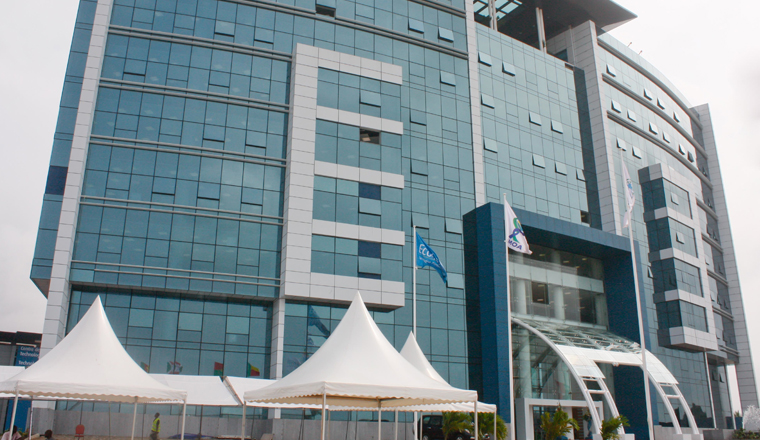 Qatari behemoth QNB’s rapid accumulation of a stake in Ecobank shows that the buyer is serious about its African expansion plans.

Qatari banks and companies are getting plenty of business at home, but they still have cash to invest overseas.

Qatar National Bank (QNB) has never been shy about its ultimate ambition to be a “MENA icon” and the biggest bank in the Middle East and Africa by 2017. In January its chief financial officer Ramzi Mari told reporters that the firm was looking to acquire an African bank, ideally one with “operations in more than one country”.

In Anglophone Africa this seemed to imply one of two targets – Standard Bank or Ecobank. With Standard Bank already part-owned by Industrial and Commercial Bank of China, one of the few shareholders in the world that could outmuscle QNB, Ecobank emerged as the more obvious candidate.

Headquartered in Lome, the Togolese capital, the pan-African banking group has a presence in 36 African countries – the largest network on the continent – and has built up an asset base of US$23.4bn since it was formed almost 30 years ago. With a market capitalisation four times lower than that of QNB, acquiring an interest in Ecobank looked like an easy way for the cash-rich Qataris to gain a foothold on the African continent.

Sure enough, in early September QNB made its move. It bought a 12.5%, US$220mn stake in Ecobank from Nigeria’s Asset Management Corporation (AMCON), a body set up in 2007 to take on impaired loans from the country’s failing banks (AMCON held the stake because Ecobank had acquired Oceanic Bank, a bailed-out Nigerian firm, in 2011). It pounced again just two weeks later, purchasing an additional 11% for US$283mn, pushing its overall holding to 23.5% and making it Ecobank’s largest shareholder.

The circumstances of other shareholders in Ecobank make QNB well placed to strengthen its position. Public Investment Corporation, Africa’s largest pension fund manager, was up to now the bank’s biggest shareholder with a 20% stake that it picked up in 2012, but its shareholding is capped at that level.

Nedbank has been in a strategic alliance with Ecobank since 2008. The relationship has by all accounts been a success, with Ecobank guiding clients seeking southern African exposure towards Nedbank and the South African bank returning the favour in the rest of Sub-Saharan Africa. Nedbank has the option this year to convert a loan of US$285mn made to Ecobank into an equity shareholding and then purchase additional shares at the market rate (around US$206mn) to build a stake capped at 20%.

QNB’s potential shareholding is not capped. That, combined with QNB’s financial clout and ambition for African dominance, has led some to believe that a full takeover attempt is likely.

“We only see QNB’s stake in Ecobank as a first step, as we believe QNB has ample capital to go after the full acquisition of Ecobank,” wrote Jaap Meijer, head of financials research at Arqaam Capital, a Dubai-based emerging markets investment bank, in an early September research note. “Nedbank has agreed to a 20% cap, which does not apply to QNB. We expect a takeover offer shortly for Ecobank as QNB has to do a mandatory offer after reaching 25% or 30%.”

The management teams involved have tried to allay fears that QNB’s move will be disruptive. Ecobank chief executive Albert Essien has confirmed that his board was notified well in advance of QNB’s plans and that QNB increased its share beyond the 20% threshold with the knowledge that Nedbank would eventually convert its debt, a move that would in turn dilute QNB’s stake to below 20%. The suggestion is that the stake conversion will indeed go ahead, with Mike Brown, chief executive officer of Nedbank, confirming in a statement that “Nedbank and Ecobank are committed to [our] alliance”.

“The [QNB] move was made on the assumption that Nedbank would be converting a loan that was extended to Ecobank back in 2011,” Richard Uku, Ecobank’s head of public relations, confirms to EMEA Finance. “That has not happened as of yet so QNB’s shareholding is where it is today. ... Nedbank, if and when it converts, will also be a strong investor in our capital base. This will enable us to consolidate our position as an African bank.” (QNB declined to be interviewed for this report.)

The fact that Nedbank and QNB cater primarily to different markets – southern Africa and the MENA region, respectively – certainly opens up opportunities. The African banks’ local knowledge and expertise in trade finance will help QNB’s MENA customer base access some of Africa’s harder to reach markets.

Could QNB’s entry see Ecobank lose its African character in favour of more short-term pursuits? Uku refutes this. “The bottom line is important but we are

a banking institution in a continent where there are huge developmental needs,” he says. “And one of the ways we see ourselves contributing is to help better financial integration. None of this will stop us from pursuing that objective.”