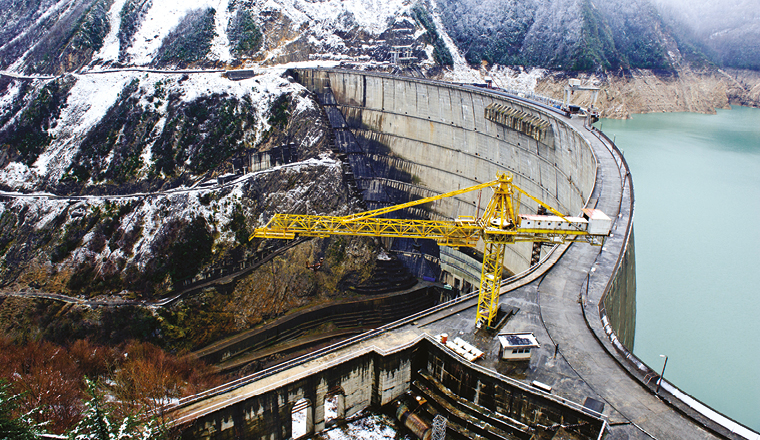 While Georgia has long made use of hydropower, many of its water resources remain untapped. As the private sector begins to invest in this sector – along with other renewables – the country is taking strides towards energy reforms.

he Enguri Hydro Power Plant, in northwestern Georgia, is the largest facility of its kind in the South Caucasus. Producing up to 4bn kWh of energy a year – around 40%

of Georgia’ total energy requirements –it comprises five units, each with a 260MW capacity. From there, the water flows downstream into the Vardnili HPP Cascade.

When the facility was constructed in the 1970s, it was regarded as a feat of engineering. Aside from the plants themselves, it also plays host to the Enguri Dam, the second highest concrete arch dam in the world. Boasting national monument status, this dam is an astonishing 800m wide and 271.5m tall.