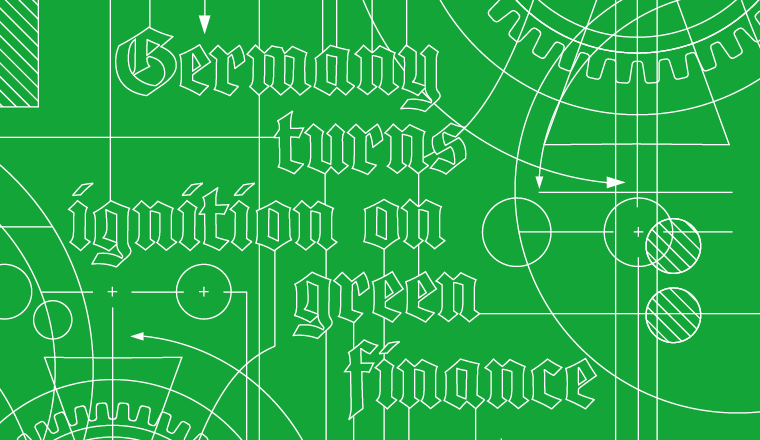 Europe’s industrial engine Germany looks like it has finally started revving up its green and sustainability-linked financing plans, though analysts say that cultural apprehensions might mean there is still some way to go before the biggest trend in the capital markets becomes ubiquitous in the country.

Germany plans to issue its first green Bunds this year, a major step for the sovereign that has been a notable laggard in printing green debt compared to its continental neighbours. The market is expecting issuance of around €10bn in the year, split over multiple deals.

Until now, Germany and its corporates have been slow off the mark in printing environmental, social and governance (ESG) linked debt.

“There is a bit of a culture thing holding back green issuance in Germany,” Manuel Adamini, head of investor engagement at the Climate Bonds Initiative, told EMEA Finance. “People like to think things through very carefully before doing anything, which means you’re not picking up new trends quickly.”

A senior loans banker based in Germany, who did not want to be named for this article, also said that companies in the country had other corporate action focuses in recent years, particularly M&A.