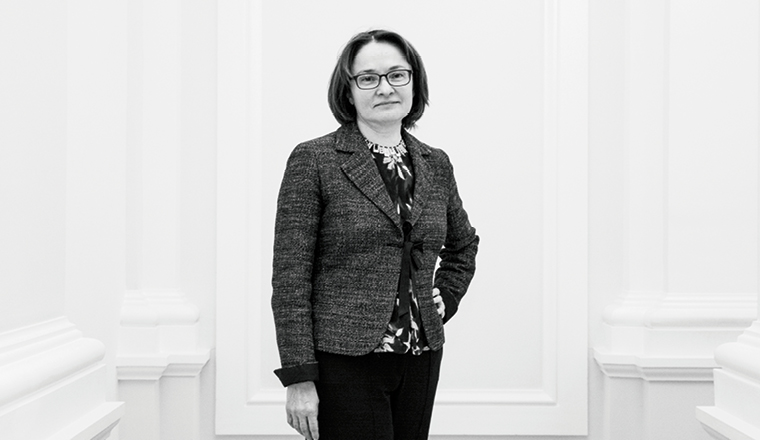 A veteran of crises with the confidence to follow her own monetary policy path, Elvira Nabiullina, governor of the Bank of Russia, begins a second 5-year term with a firm belief that “confidence is the key component of resilience, and economic growth in the end”.

As the female central bank governor of one of the largest emerging market economies, Russia’s Elvira Nabiullina is used to standing out from the crowd.

When she stepped out to meet the media in October after unveiling an unexpected 75 basis point hike in interest rates even as the European Central Bank was playing down the prospect of any tightening in monetary policy, she had a clear message - she is determined to kill off the threat of a spike in inflation.

And just in case anyone had missed the memo, she wore an eye-catching brooch of an archer’s bow with an arrow ready to fire. “Obviously, this is not a fine-tuning exercise,” she said, pointing both to high levels of inflation and inflationary expectations.

The Central Bank of the Russian Federation, also known as the Bank of Russia, expects inflation to close 2021 at 7.9% rather than the 7.4% it expected in June.