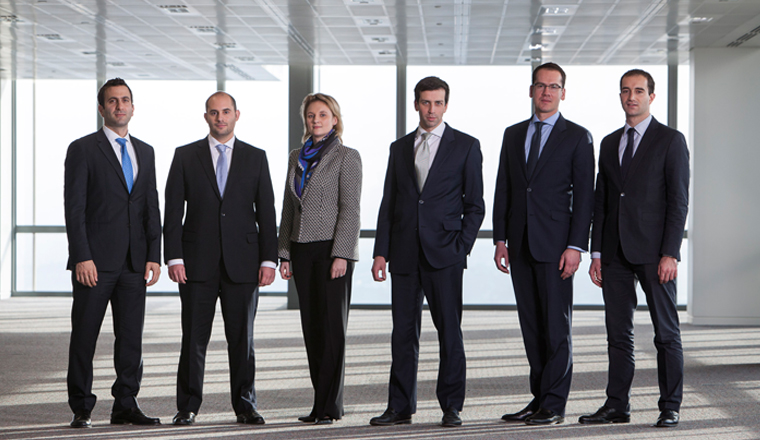 William Weaver and Citi’s CEEMEA debt capital markets team have dominated deal-making in the region. They tell Tim Burke about their experiences.

It’s easy to spot the trend in debt markets across Central and Eastern Europe, the Middle East and Africa (CEEMEA). Last year US$230bn-worth of bonds were issued, a record amount. The first quarter of 2013, meanwhile, saw US$59.5bn of deals, a record for the period. Within the region, Russia led the way with US$16.8bn of transactions – you guessed it, a quarterly record for the country.

The CEEMEA debt capital markets (DCM) bankers at Citi know well the opportunities on offer in such busy times. Last year the bank topped the league table of bookrunners on regional bond issuances; by the estimate of William Weaver, its head of CEEMEA DCM, the team was completing about one and a half deals every week in 2012. Those included sovereign issuances for Russia, Bahrain and South Africa, as well as deals for corporate names such as Russia’s VTB Bank and the Jebel Ali Free Zone in Dubai.

Much like the market, Citi has lost little momentum at the start of 2013. The bank has taken a variety of names to market, including some first-time issuers. But although it held on to its number-one spot in the CEEMEA DCM rankings during the opening weeks of the year, by the end of the first quarter it had slipped behind JP Morgan and Deutsche Bank, according to research firm Dealogic.

Weaver will have expected stiff competition, but he also knows what his team is capable of delivering. “It’s very challenging to be at the top of the league table two years in a row,” he tells EMEA Finance in late February. “In our market if you’ve won some of the big trades you’re usually going to be rotated out of them the year after. But we’ve won the last two Russian sovereign bonds and we’ve been the choice house for Turkey, Poland and some of the biggest borrowers in the region. We’ve had the ability to win that repeat business, but also enough breadth that we’ve found new mandates to replace those we’ve had to be rotated out from.”

The heights reached in CEEMEA debt markets last year were largely thanks to newfound demand from investors who may not even have considered such an investment before. Low US rates and the liquidity created by quantitative easing in developed economies made the risk-and-reward balance offered by emerging-market bonds irresistibly attractive. Investors’ interest was well rewarded – Weaver estimates that Citi’s emerging-market portfolio managers were able to deliver average returns of 12%-13% for 2012 – and rising demand encouraged more issuers to tap the markets.

“Investors were cash rich and looking to put money to work in a world where yield was getting scarcer and scarcer,” Weaver recalls. “Last year issuance came from every part of the credit spectrum with deals from sovereigns, high-grade corporates and banks but also in the form of high-yield debuts and bank hybrid capital transactions. The year was very much risk-on and some interesting transactions were done on the back of it.”

If US rates now begin to climb – as is expected – the question of what happens to the pricing of and demand for emerging-market bonds becomes pressing. Many issuers have used rising demand to lock in low yields they could once only have dreamed of. Those days may already have passed. Although many CEEMEA issuers can still borrow at relatively cheap levels, Weaver notes that “we’ve come off the all-time low yields in emerging markets”.

What does that mean for Weaver and his colleagues trying to make such CEEMEA debt deals a success? “It’s a matter of getting the right timing and of sensing tone better,” Weaver says. “You’ll see more transactions getting done swiftly. You need to be nimble in terms of execution – intraday execution for issuers well-known to the market. When you know the market is stable, positive and rallying, you can be confident in organising a four- or five-day roadshow to maximise interest and build a book. Now, to take that sort of market risk in a rising-rate environment is potentially less advisable.”

Not that he’s showing much concern. “We like this type of market,” Weaver adds. “In the challenging years of 2008 and 2009, our market share increased. That’s because in a year like 2007 the competition was huge – anyone could pick up a mandate and, even if they didn’t have a strong sales force, announce it, get some phone calls and sell a deal. Now you actually have to sell a credit. You have to be a house that investors have confidence in. We’ve found that we do better than the street in difficult markets.”

One of the keys to Citi’s success, Weaver believes, is that the bank has demonstrated a genuinely CEEMEA-wide expertise. “As we look at our competitors, some of them are dedicated Russian banks, some have a business in the Middle East and others are maybe slightly stronger in Africa,” he says. “We’re a leader in Russia and the CIS, a leader in Central and Eastern Europe, extremely strong in the Middle East, and we have an on-the-ground presence across Africa.”

In Central and Eastern Europe (CEE), most of the bank’s work has been dominated by sovereign issuers – as indeed is the entire market.

“You have Poland, the Czech Republic and Slovakia being the core of the region – in a sense investors almost see them as a safe haven of Europe,” says Marzena Fick, capital markets origination director for the region. “Last year we saw many investors move their money first from Western European sovereigns into Scandinavian sovereigns and then complete the circle into the core of Central Europe. That’s continuing.”

Countries seen as riskier bets have also attracted attention, including Hungary. Citi ran the sovereign’s dollar issuances for the past four years, including a US$3.75bn deal in February. Fick sees the sovereign’s deal-making as “a great success story”: “First the most recent deal built on the substantial credit-spread tightening we experienced in the second half of last year,” she says. “Second, the government showed that it can fund itself in the domestic market, which reduced investor perception of refinancing risk. The books were hugely oversubscribed. If you’d told somebody in the market six months ago that Hungary could raise US$3.25bn, they might not have believed you.”

Turkey, meanwhile, has offered enough work to warrant being managed on its own rather than as part of any surrounding region. Tommaso Ponsele, who oversees capital markets in Turkey, tells EMEA Finance that the growth of the market has surpassed expectations: “It’s phenomenal that a country that had overnight interest rates at 6,500% just over 10 years ago is now seeing one of its top banks pricing Turkish lira eurobonds at 7.5% for five years.”

Citi managed that groundbreaking local-currency deal for Akbank, the first lira-denominated international bond from a Turkish issuer. Ponsele believes more of Citi’s financial-institution borrowers will follow Akbank’s lead, securing long-dated funding in their local currency rather having to raise new funds in dollars and then swap back into lira.

The Citi team expects a similar rise in local-currency funding in Russia. Last year marked the first time that the value of bond issuance in the country surpassed that of loans. It was a mammoth year for the market, including a US$7bn issuance from the sovereign and a US$3bn deal from state-owned oil company Rosneft to help pay for its acquisition of TNK-BP – both of these bond deals were managed by Citi, alongside others.

So far this year Citi has handled deals including a US$2bn rouble- and dollar-denominated bond from telecoms company VimpelCom and a debut US$1bn offering from petrochemicals player Sibur, both contributing to Russia’s record first-quarter performance.

“We’ve done six corporate deals in the past six months, raising US$8bn,” Blazej Dankowski, the bank’s origination director for Russia, says in late February. “Generally, they’re closing at 5-7 times oversubscribed. January was the busiest month ever for issuance from Russian corporates, and the pipeline is equally strong. Last year was big. This year is going to be even bigger.”

Africa’s appeal to investors eager to back the next big emerging-markets growth story has probably never been higher. Here too Citi’s DCM bankers have made their mark, helping to bring issuers such as Morocco – which raised US$1.5bn through a dual-tranche bond last year – to a welcoming investor base.

For Nick Samara, Citi’s origination director for public sector issuances in Africa, the fact that the continent is relatively detached from woe-laden developed markets makes it a rare bright spot.

“Eastern Europe and the European peripheries often move in step with each other,” Samara says. “Africa is more isolated. I’m not saying there’s no correlation – Europe is Africa’s largest trading partner – but we have seen the overall credit environment improve in this incredible emerging-market rally we’ve witnessed.”

For proof of this, look at the yields. In 2011 Citi took the Nigerian sovereign to market with a 10-year, US$500mn eurobond priced with a yield of 7%. In January the yield on that paper hit a low of 3.8%. Zambia, meanwhile, raised US$750mn last September with a yield of US$5.625%. Two weeks later Slovenia came to market with paper priced only slightly tighter at 5.5%.

“From the sovereign perspective people understand that pre-crisis they were locking in coupons of 8-9%, and today it’s a different environment for them,” Samara says. “On the back of the Zambian issue there could be some other deals that we see come to market in the next six months or so.”

In North Africa, Egypt remains “a very interesting case” says Ignacio Temerlin, who works in DCM origination for the region, but political and economic upheaval means the outlook is unclear. “We think there’s appetite for issuances,” Temerlin adds. “It’s one of the largest countries in the region, one that has some of the most interesting corporates in terms of financing, and I think it’s a case of waiting to see what happens.”

Temerlin’s role also takes in the Middle East, where the growth of Islamic finance and sukuk issuance – handled by the bank’s DCM team – has bolstered business as the bank manages deals for the likes of the Dubai Electricity and Water Authority, which raised US$1bn through a sukuk in March.

Weaver and his DCM team entered 2013 eager to make the same impact on the market that they achieved in 2012. Deals for the likes of Akbank, VimpelCom and the Hungarian government arguably show that that goal is within reach. And if the deals are right Weaver will be happy, regardless of whether the bank takes the number-one spot in industry rankings

“We don’t have a league table aspiration for the sake of it,” Weaver says. “We want to add value for clients and be the best DCM house in the region. That means looking at currency opportunities, conventional bonds versus sukuk, hybrid-capital needs for some banks and just being plugged in from a market perspective. So we’re excited about this year. It might be more challenging, but it’s in challenging years that we’ve differentiated ourselves.”