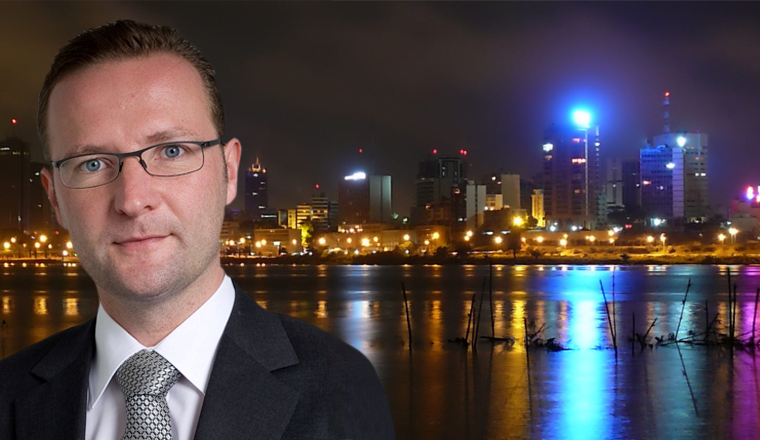 Moves and hires at RBS, Commerzbank, Investec and more.

Potential to be tapped

Florian von Hartig knows how to capitalise on a market’s momentum. During almost a decade running debt capital markets (DCM) at Standard Bank, the Austrian dealmaker helped to arrange some of the best-received bonds from Africa.

Now the new head of DCM at Investec – another bank with South African roots and headquarters in Johannesburg and London – he’ll hope to prove again that he can spot trends and deliver transactions. In the new role von Hartig reports to Chris Meyer, Investec’s head of corporate and institutional banking, and oversees the bank’s London-based debt and loan teams.

After starting his banking career in Austria, von Hartig moved to London in 1996, joining Citibank as a vice-president in the DCM team covering Germany, Austria and Switzerland. A year later he took a similar role at Commerzbank. But his next move, to Chase Manhattan Bank alongside three other former Commerzbank-ers in 1999, took him further afield. Still London-based, von Hartig became the bank’s co-head for DCM in Central and Eastern Europe, the Middle East and North Africa. “We were moving away from Western Europe, high-grade work to more emerging markets,” von Hartig recalls.

That grounding in emerging markets, most pertinently Africa, paved the way for von Hartig’s move in 2005 to Standard Bank’s London DCM team. He was the bank’s global head of debt primary markets, a role he held until last summer when he moved to become head of debt origination in the global markets business.

Under von Hartig’s direction, Standard Bank’s DCM franchise grew alongside Africa’s bond markets. “The first benchmark we did was for the Republic of South Africa, the first time Standard Bank won a eurobond mandate from its own sovereign, in 2006,” von Hartig recalls. “It was a massive breakthrough and we never looked back. In the years to come Africa continued to develop. It acted as one of the global economic engines. Even throughout the crisis there was growth of between 5% and 7% in Sub-Saharan Africa. In hindsight it was the right strategy to focus on this market. We were lucky and we were right.”

Inspiration strikes
Von Hartig looks back fondly at his time with Standard Bank . “After many years in one role in one bank, there’s a time when you say ‘I’d like to do something else,’” he says of leaving. “Moving was the right thing. But Standard Bank was and still is a fantastic firm – otherwise I wouldn’t have stayed for nine years.”

As for the new role, von Hartig has spent his first weeks working out how the DCM team should look and function under his leadership. “It’s an incredibly inspiring environment,” he tells EMEA Finance in the firm’s Gresham Street offices. “[Investec] has departments that are incredibly well run, incredibly efficient in what they are doing, and the expertise is market leading.”

Von Hartig’s own expertise in Africa and emerging markets mean that both are likely areas of focus. Indeed, he and his team are in regular contact with Investec’s investment-banking team in South Africa about activity on the continent. But he also wants to play to strengths Investec has built in other markets, including the UK retail bond market.

“We will not compete for league tables,” he says. “Distribution, trading and sales – that’s not what differentiates you anymore. What matters for us is to give bespoke and tailor-made service to our clients and excel through product expertise and commitment. The potential is massive.”

Having taken the bank into Ethiopia and Libya, Konrad Engber now finds himself heading to Côte d’Ivoire.

When a bank is expanding in Africa one quality trumps all, says Commerzbank’s Konrad Engber: patience. “It takes a long time to build up trust and have a counterparty who will recognise you as a reliable and trusted adviser,” Engber (pictured above) says. “Once you have that status it’s relatively comfortable, but it’s not something you can set up in weeks or months.”

That’s a lesson Engber learned while setting up Commerzbank’s representative office in Ethiopia back in 2007, and one that was reinforced when he oversaw its launch in Libya in 2011. Now, as he moves to Côte d’Ivoire to head up the bank’s newest African office, Engber has another chance to put his knowledge to good use.

Commerzbank’s rep office in Abidjan, the largest city in Côte d’Ivoire and its economic (though not political) capital, will give the German bank its seventh such set-up in Africa; as well as Ethiopia and Libya it has offices in South Africa, Nigeria, Egypt and Angola. Francophone West Africa had been “the only missing piece of the puzzle”, Engber tells EMEA Finance by phone on a trip back to Frankfurt.

The team weighed up potential locations and settled on