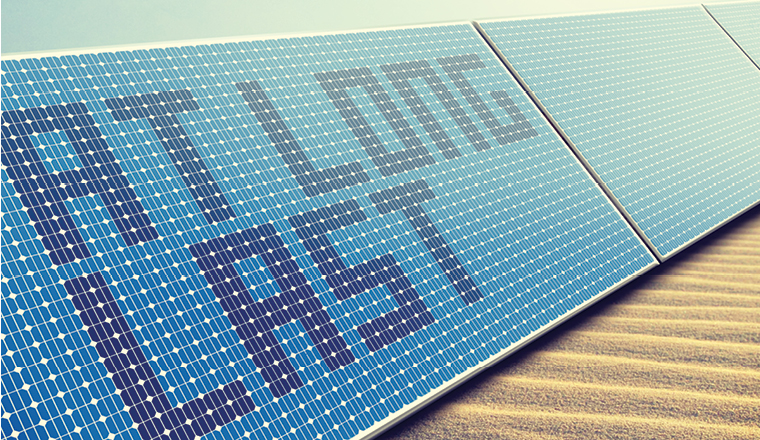 For anyone who has been tracing the fortunes of Jordan’s solar industry, progress will have seemed remarkably slow. Despite experiencing around 330 sunny days a year, and registering average solar radiation of 5.5 kWh/m2 a day, the Kingdom has historically failed to exploit its most abundant natural resource.

According to Greenpeace, renewable energy resources do not just have the potential to meet Jordan’s electricity needs but, by 2050, could provide more than 60 times the country’s energy consumption.

Unfortunately this projection – which currently seems almost whimsical in its ambition – is a far cry from the status quo. As late as 2011, Jordan imported around 97% of the energy it consumed, with a heavy reliance on natural gas from Egypt.

Only in the last few years have signs of change become evident, and it is only in the last few months that these changes have really started to snowball. As ever more projects break ground, it seems we are sitting on the cusp of a new era for Jordanian solar power. In May, following the lowest ever bids for a photovoltaic (PV) power project in Jordan, industry commentators were quick to speak of an upcoming ‘solar energy boom’.

“Solar companies around the world are showing a healthy appetite to invest in Jordan,” Vahid Fotuhi, president of the Middle Eastern Solar Industry Association (MESIA) told EMEA Finance, shortly after the bids were announced.

“We’ve seen a huge improvement in cost in Jordan, which will get more people excited in investment in the country. Many of these developers and investors have had exposure to the Jordanian market over the last few years, so they’re more comfortable with it, and I suppose they’re taking more risks, which in turn reduces the price.”

These price reductions were not insignificant. At Jordan’s first round of renewable energy auctions in 2012, the majority of the projects received a tariff of US$0.169 per kWh. This time around, the winning bids (for four 50MW projects) were less than half that figure, with the very lowest coming in at just $0.0613 per kWh. This is not far from the lowest tariff on record, $0.0598 per kWh, for the DEWA 100MW PV plant in Dubai.

The mother of invention

So what lies behind this reversal in fortunes and why has solar taken so long to become economically viable? The story perhaps starts in 2004, when Jordan approved its Energy Master Plan. An integrated document for the development of the energy sector, this masterplan highlighted what was becoming an increasingly unsustainable situation.

Lacking much in the way of indigenous oil or gas, the country was effectively dependent on imports, which accounted for nearly 10% of GDP. But with its energy requirements predicted to soar, altering the energy mix was viewed as a critical component of economic reform.

Unfortunately, as of 2011 the country had failed to make much meaningful progress. That year, following an attack on the Arab Gas Pipeline (which carries gas from Egypt to Israel and Jordan), the country was forced to import a higher proportion of pricey oil derivatives. At a time when domestic demand was surging by 7% a year, its total energy bill climbed by at least 60%.

With urgency mounting, the government stepped up its efforts, launching a series of initiatives to promote wind and solar. Most notably, it enacted the Renewable Energy and Efficiency Law, which requires the National Electricity Power Company (NEPCO) to purchase electricity generated by renewables.