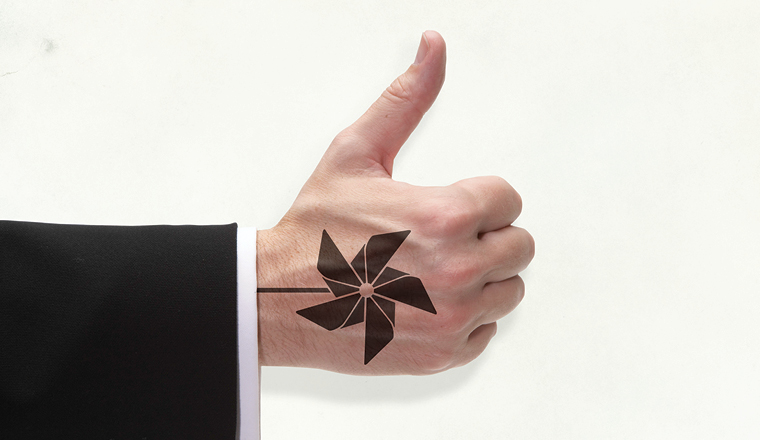 MENA renewables projects are now getting the funding to back up the political ambition. Liz Salecka reports.

The economies of the Middle East and North Africa (MENA) are powered and lubricated by oil. Abundant hydrocarbons reserves have fuelled the growth of energy intensive industries such as petrochemicals, causing the region’s carbon footprint to grow at a rapid rate. According to data from the World Bank, CO2 emissions from the MENA region grew by nearly 250% between 1980 and 2009.

The region’s governments, viewing the decline in oil price as a long-term, irreversible trend, started to get serious about other abundant resources at their disposal. In 2007, Arab heads of state signed the Damascus Declaration, a pledge “to take necessary measures and develop competent plans to enhance renewable energies in their countries’ energy portfolios.”

Across MENA today, it looks as if these promises are coming to fruition, with governments actively promoting the growth of the renewable energy sector by setting ambitious targets for clean energy generation and usage. Dubai has developed a strategy to reduce carbon emissions by 30% by 2030, mainly by employing cleaner fuel stocks and using more environmentally friendly technology. Morocco wants 42% of all installed capacity to come from renewable by 2020 while Saudi Arabia is aiming for 50% from non-hydrocarbon resources by 2032 (though this will likely include nuclear). These countries are following through on this by participating in the funding of major new projects.

This has helped to attract investment from local, regional and a number of international institutions keen to take a piece of this growth industry. According to the latest figures from Bloomberg New Energy Finance, investment in renewable energy in MENA spiralled from US$379mn in 2004 to US$2.53bn in 2014. The strongest growth has been seen since 2010, with investment levels rising from US$1.53bn that year to US$2.48bn in 2012.

While North African countries such as Tunisia, Morocco and Egypt account for a large proportion of this investment – the bulk of which has been directed towards wind projects–a handful of Gulf states have also emerged as leaders in this space.

“Morocco, the UAE, Jordan and Egypt are all moving ahead now with renewable energy projects, and are having close discussions with developers. In these countries, there have been several tenders for solar and wind projects,” says Samira Rudig-Sotomayor, analyst, solar insight, Bloomberg New Energy Finance, who says that while Egypt is just getting started, Jordan is a few years ahead.

“There has been significant interest in renewable energy projects across the region, especially in the UAE, Oman, Jordan and Saudi Arabia, where there has been a strong focus on solar energy projects,” adds Ravi Suri, global co-head project and export finance, regional head of corporate finance, MENAP at Standard Chartered Bank. “This is also the case in Egypt and Morocco where there is an increasing emphasis on wind projects.”

While many Middle Eastern governments are actively encouraging the growth of the renewable energy sector, their initial ambitions have not yet been realised in terms of projects coming to market.