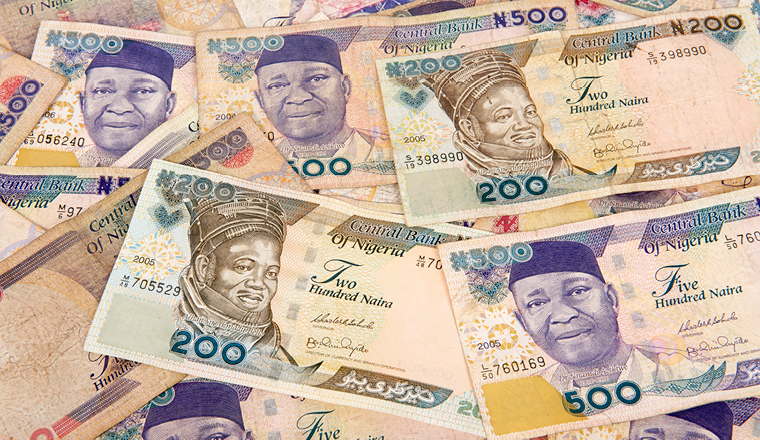 In the face of significant macroeconomic and policy headwinds, Nigerian banks are placing more emphasis on retail deposits for funding, and exercising more restraint than in years gone by.

For Nigerian banks, many of which had latterly been enjoying a run of luck, 2015 has not been an easy ride. First came the drop in oil prices, tumbling from a high of US$115 a barrel in June 2014 to under US$50 a barrel by summer this year, this was followed by a sharp fall in the value of the naira, unsurprising in an economy where oil accounts for around 80% of the national income.

The subsequent currency trading curbs, imposed by Nigeria’s Central Bank in February, have thus far prevented any further depreciation, but have caused currency trading to drop dramatically. Amid a climate of unpaid wages, a black market in foreign dollars, and minimal foreign exchange, we are seeing mounting pressure for the Central Bank to loosen its regulations and let the naira slide.

The operating environment has therefore been complex, with the banking sector facing pressures in terms of profitability, asset quality and liquidity. And while recent economic policy reforms should ultimately improve public finance and clamp down on corruption, in the short-term the challenges are considerable.

In September, the new president Muhammadu Buhari issued a directive requiring all federal revenue-generating institutions to pay their revenue into a single treasury account. This has seen the transfer of around US$6.5bn of public funds (some 10% of the money in Nigeria’s banking system) away from privately held accounts.

Analysts have suggested such a rapid outflow of cash will add to the upward pressure on domestic bond yields, further tightening liquidity and hiking up already high interest rates.

With international confidence in the economy low – and many foreign portfolio investors making their exit – JP Morgan recently announced it would remove Nigeria from its influential emerging bonds index. Although this is likely to prove merely embarrassing, rather than detrimental to the economy, the move has triggered an outflow of local bonds and a stock market sell-off. As of September, overseas holdings of local currency debt are estimated to have fallen to around US$3bn from US$11bn in 2013.

What is more, although the majority of Nigerian banks are still able to keep up with interest payments, one member of the Central Bank’s monetary policy committee, Adedoyin Salami, recenty decried a “disconcerting rise” in the number of non-performing loans.

This is something of a reversal from the glory days of last year, which saw a surge of new Eurobonds and other foreign deals. While Guaranty Trust Bank has said it will redeem its existing Eurobond at maturity, and Sterling Bank laid the grounding for international capital by receiving first-time ratings in July, there has been just one international debt issue so far in 2015.

The deal in question, a five-year debut US$750mn Eurobond, was issued in April by Lagos-based development financier Africa Finance Corporation (AFC). “The Eurobonds were placed following a seven day roadshow across three continents and involving meetings with over 100 institutional investors ... enabling a well-diversified distribution among international institutional investors across Asia, Europe and the US,” said the AFC in a statement.

According to Tolu Osinibi, executive director at investment bank FCMB Capital Markets, banks are approaching the capital markets with caution.

“Frankly, I think most people, unless they absolutely have to, would not be thinking about going into a bond market now because it’s unfavorable in Nigeria both from an interest rate perspective and from an exchange perspective,” he tells EMEA Finance.

FCMB Capital Markets’ parent company, First City Monument Bank, raised a US$300 million loan last year from DFIs and international commercial banks. This decision, says Osinibi, was driven by the need to strengthen its balance sheet and swap out the deposit to more stable long-term borrowing.

Overall, however, the bank’s funding strategy remains retail driven, with a diversified portfolio and a focus on ramping up regional growth. This deliberately conservative stance – aimed at maintaining robust capital buffers in tricky times – enabled the group to maintain a strong capital adequacy ratio in the first half of 2015. “The macro and policy environment wasn’t helpful and it definitely affected our performance in the short term,” says Osinibi.

FCMB is not the only institution to focus its attentions on retail banking. With a significant proportion of the population still unbanked, the retail and SME spaces have been billed as presenting sizable growth opportunities, meaning banks have an opportunity to continue their expansion despite unpropitious market conditions.