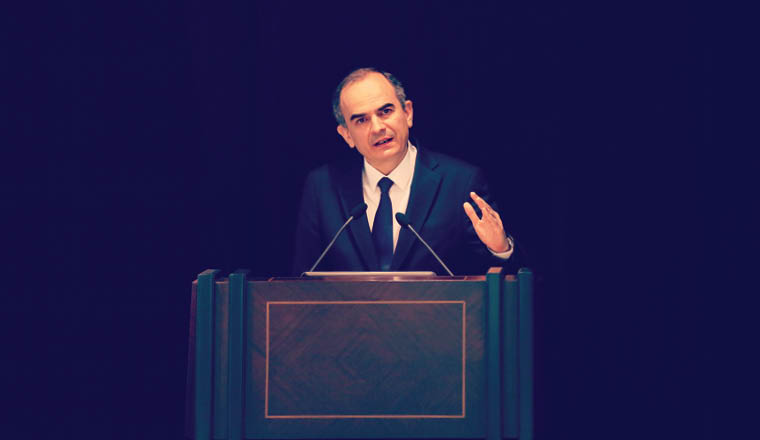 Turkey’s unorthodox Central Bank has caused both raised eyebrows and plaudits from the market for the last five years – frequently at the same time – but now with a new governor in place, capital markets analysts and investors are eagerly watching to see which route the bank will take.

The Central Bank of Turkey is no stranger to making headlines. The politically independent regulator had frequent spats with the government throughout the leadership of former Governor Erdem Basci (pictured left), who finished his five-year tenure on April 19.

It was not just Turkey’s politicians that found Basci’s methods perplexing.

“It would be hard for anyone aside from Basci to sustain the intellectual raison d’etre for the unorthodox policy slant,” said Tim Ash, a senior analyst at Nomura. “I think Basci took the launch codes with him when he left…we will inevitably see a move to a…simpler policy.”

The man hired to orchestrate this shift to a more orthodox stance is new Central Bank Governor, Murat Cetinkaya, whose appointment in April sent a relief rally through the markets.

The Turkish sovereign bond curve tightened by around 15bp on the news, according to bond traders.

The longer end of the curve was in particular favour, with the spread on Turkey’s 2045’s tightening by 20bp to a Z-spread of 313bp – the tightest the notes have traded all year.

Even better for Turkey’s aspirations in the capital markets is Cetinkaya’s experience in Islamic finance, with roles at Turkish participation banks – the domestic name for Islamic banks - Albaraka Turk and Kuveyt Turk on his CV.

Turkey, rated Baa3 by Moody’s, BB+ by Standard & Poor’s and BBB- by Fitch, has begun growing its Shariah-compliant bond market in recent years. Printing sukuk once a year from 2012 until 2014 and raising US$3.75bn in Islamic debt over that period.

At the time, the sovereign said it was hoping to print one sukuk each year, though a fresh deal failed to materialise last year.

This could partly be down to investors getting jittery around Turkey again, as there were fears that political pressure could encourage Cetinkaya to begin slashing rates, which would potentially send the lira plummeting against the dollar and ratchet up the foreign exchange risk for Turkish issuers – and subsequently their investors.

So far, the bank has held off, cutting just 50bp off of the overnight lending rate, which was well in line with the regulator’s stance under its previous governor.

Basci took 25bp off the lending rate in February. Cetinkaya left the benchmark repo rate at 7.5% and the overnight borrowing rate at 7.25%.

The market reaction to the small cut was seen fastest in the foreign exchange market. The lira bounced 80bp against the dollar to 2.815 almost immediately.

Cetinkaya used his first public speech on April 26 to reiterate how important combating inflation is for the Central Bank, leading analysts to think that rates will stay close to where they are for now.

“A solid debut,” said Ash at Nomura. “Continuity with the Basci regime is perhaps the key theme at present.”

Despite the headwinds, Turkish issuers have been some of the most active across the Central and Eastern Europe, Middle East and Africa markets this year, with the country’s banks in particular raising funds in a variety of formats.