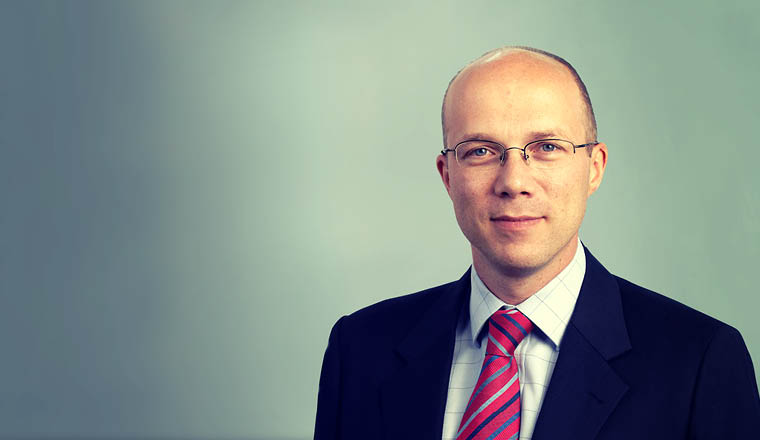 From KMB in 1992 to Ameriabank last year, taking an equity stake in a bank or other financial institution has been a small but critical part of the work of the EBRD. A quarter of a century of deals in three different financial cycles has taught it useful lessons.

If the financial crisis of 2008 taught us anything is it that banks play a critical role in the health of the economy. Preventing a bank from failing can help avert a wider economic crisis, while nurturing one back to health has long-term benefits for financing business and trade.

This may explain why the European Bank for Reconstruction and Development (EBRD) devotes almost a third of its annual investments to financial institutions (FIs).

And a third of that involves taking an equity stake in the bank — a cumulative €4.3bn out of €39bn supporting FIs. This gives it greater strategic input into the way a bank is run than simply lending it money. That is particularly important for its mandate of fostering transition to an open market-oriented economy.

“We would consider equity investment to be transition rich compared to debt, all things being equal,” says Nick Tesseyman, its managing director for financial institutions. “The level of involvement and the commitment of that partnership is different.”

Those investments have come in three distinct phases: the period after the opening up of the former communist states; the years of global and eurozone financial crises; and the current period of anaemic recovery.

Tesseyman describes that first phase as “the golden years” for equity investment in banks. “In the early years it was relatively easy to invest in banks because there was a lot of M&A activity going on and foreign banks coming in for the first time,” he says.

The EBRD took stakes in banks on which it made profits on exit via privatisation or trade sale. The EBRD took its first stake in a bank in 1992 when it helped launched KMB, Russia’s first small business bank — now Bank Intesa — a transaction that produced a nine percent  internal rate of return (IRR). A year later it bought an equity stake in WBK of Poland that returned 61% on its final IPO exit in 2015.

“There was a golden age of investments where if you invested in the right place at the right time, in the right entity and did what we are supposed to do in terms of improving corporate governance and business practice, there was money to be made and we certainly did make good returns,” he says.

Erik Berglof, former EBRD chief economist and now director of the Institute of Global Affairs at the London School of Economics, says it was important for the EBRD to take equity stakes.

“Central and Eastern Europe was at the beginning of transition, there was no financial system, there was no separation between central banking and commercial banking so it was all a mess,” he says.

“For the EBRD to function we need to build financial systems. Equity gives you more transformational capacity as you are aligning yourself with the banks.”

According to Alexander Saveliev, head of operations and portfolio for FIs at the EBRD, the strategy was a traditional investment thesis. “You are investing when the bank is growing, so whenever you invest the value goes up,” he says.

Holding equity gives the bank greater leverage to make changes that are often necessary for banks in emerging and developing countries than if it was just a lender.

This was particularly true for achieving corporate governance at banks in former communist states with no experience of issues such as shareholder rights.

Taking an equity stake has an added impact of giving sort of ‘a seal of approval’ on the institution in which the EBRD is investing. “We wouldn’t pretend our equity decision is any way better, but the market does take that as a positive indication,” Saveliev says.

But that strategy was of no use when the crisis hit in 2007 and ended what Tesseyman calls a “crazy, overheated” market.

As the bank moved from development to crisis mode the nature of investments changed dramatically. It was no longer investing in banks to bolster their future growth but to prevent them from a bankruptcy that could trigger a wider systemic crisis.

A run on Parex, Latvia’s second largest commercial bank, in 2008 prompted the EBRD to join the country’s government, which owned a majority of the bank, to put together a bailout. The EBRD took a 25% equity stake for €84mn and provided a €22mn loan.

Tesseyman says the EBRD’s involvement was “probably critical”. “The country was in trouble, the IMF was concerned, the bank had an awful reputation and the way to deal with that reputation was to attract someone like the EBRD that was known to have the standards required to turn the bank around,” he says.

“It posed some challenges for us in terms of its business practices and we worked hard to transform the corporate governance, to split the good bank from the bad.”

In 2014 the government sold its stake in the “good” bank Citadele to US private equity fund Ripplewood, but the EBRD decided to stay on board. “It was important to stay and help attract private sector investment,” he says, describing Citadele as a “conventional investment”, which will generate returns and from which it can exit in due course.

In December 2008 it teamed up with the International Finance Corporation to provide US$200mn to Bank of Georgia in the aftermath of the global financial crisis and conflict with Russia. The EBRD ended up with a 5% equity stake that it sold back to the bank in 2014.

The following year it took a US$36.8mn equity stake in TBC bank along with US$33mn of loans. In May 2014 TBC was valued at around US$765mn in a flotation of the London Stock Exchange.

“There were not too many people to invest in Georgian banks in 2008,” recalls Tesseyman who said the EBRD and its partners were able to bridge “temporary difficulties”.

“Our willingness to step in was critical. It is a pretty remarkable outcome to have two Georgian banks listed in the UK and their financial performance is strong.”