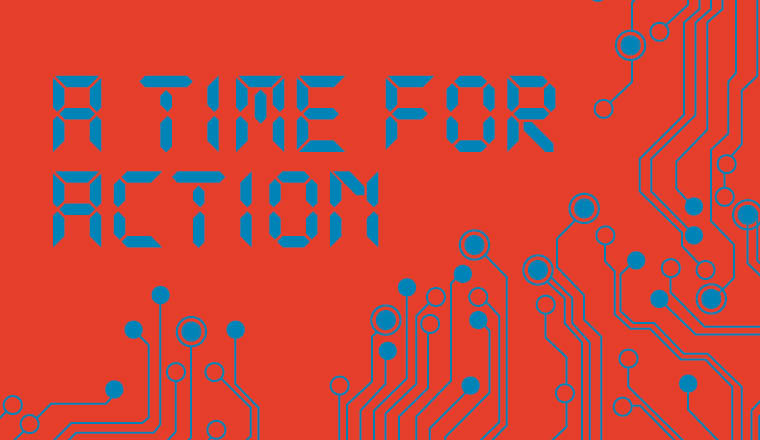 Banks are likely set to escalate their already huge IT investments in the area.

"Payment Services Providers (PSPs) and Fintechs are challenging the way we operate,” Jonathon Traer-Clark, head of Strategy for GTS at Bank of America Merrill Lynch tells EMEA Finance. “They started without any legacy systems, giving them the ability to build new and more agile models for payments.”

This may sound like new found urgency, but actually it is not. The banking sector has been both racing to keep up with Fintechs and embracing them at the same time, and these trends are set to continue if industry research is to be believed.

Generally, the consultants are advising banks that are heavily engaged in transactional banking to invest more in their payment services and deploy the latest technologies or else they could risk losing their traditional leadership position in this market. A Celent report published in January, commissioned by ACI Worldwide, warns that disruption of the payments ecosystem is growing as many alternative providers, such as Fintechs, continue to make “huge inroads” into the market and “attack all payment flows.”

This is particularly the case in the retail sector where retailers have “often evolved far quicker than banks”, and are seeking improved, state-of-the art payment services. Fintechs, which have been attracted by revenues and the opportunities to work with merchants, are now trying to insert themselves into this model, and “potentially represent a wedge that could drive banks and retailers further apart,” according to Celent.

“Now is a pivotal moment to re-define the bank-retailer relationship for the better, as retailers are unlikely to need those banks which aren’t able to change,” said Gareth Lodge, senior analyst, Celent.

“Given the pressure that banks are feeling, it would seem at first glance that banks need retailers more than retailers need banks.”

However, banks globally are expected to respond to the challenges they face in payments, and increase their investments, which have been substantial over the decades. For example, Bank of America Merrill Lynch alone has a US$3bn annual tech innovation budget.

“There is no way that banks can ignore what is happening in the technology space, and we closely follow the developments that are taking place in payments. We want to be part of this journey,” says Natalie Willems, head of payments for GTS EMEA at Bank of America Merrill Lynch.

A report by technology firm Ovum entitled  “2016 Trends to Watch: Payments” recently revealed that almost two in three banks globally (61%) plan to increase spending on payment technologies this year – up on figures for 2015 which revealed that over half of the banks surveyed (52%) had increased their spending on payments. The proportion of banks indicating a significant planned increase in their payments’ spending for 2016 leaped from nearly 10% in 2015 to almost 30%.

The Ovum report, which surveyed chief information officers and senior IT executives with decision making power in over 60 countries, attributed banks’ increased investment to the “huge changes” taking place in the payments market, driven by new technologies such as Blockchain, mobile payments and real-time payments.

“Investment levels in payments have been high in recent years, driven by the need to deploy new payment services, cope with the overall rise in electronic transaction volumes, and replace ageing legacy infrastructure,” said  Gilles Ubaghs, senior analyst, with Ovum’s financial services technology team. “2016 will see an increase in this trend."

Ali Moiyed, founder of AccessPay, a Fintech which specialises in cloud-based payment and cash management solutions, acknowledged that banks are looking to move into the provision of real-time payments.

“Banks are looking into partnering with accredited vendors who can offer a ready-made solution,” he said. “Their best option is not to build it (a solution) themselves as that will cost too much money and time.”