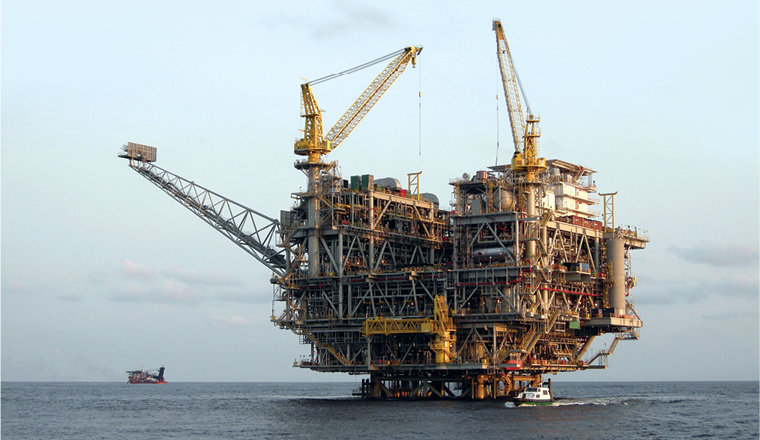 Angola’s balance of payments crisis has worsened, even as the oil price begins to rebound, and the government has turned to the International Monetary Fund to help shore up its stricken public finances.

Three years ago, Angola was Africa’s rising star, one of the fastest-growing economies in the world. Along with Côte d’Ivoire, Ghana and Nigeria, it was an emerging darling of investors from Europe and North America. Today, only Côte d’Ivoire has maintained anything like the momentum of the past decade, as sustained low commodity prices undermine their economic foundations. The three remaining countries face enormous pressure on their currencies, slowing growth and dwindling public resources.

Angola has suffered badly, mainly due to its dependence on oil. Around 80 per cent of its government budget comes from oil. Even though oil prices have rebounded slightly over the past few months, heading back towards US$50 per barrel, Angola is still in a deep hole. A combination of its dependence on the commodity and the high cost of extraction from its deep offshore fields mean that its fiscal ‘breakeven’ price is US$77 per barrel.

Growth has slowed to 3.5 per cent, a long way off the double-digit rates that the country experienced before the financial crisis. The currency, the kwanza, lost nearly a quarter of its value against the dollar in 2015, and shortages of hard currency led to spiralling inflation. It has lost another 15 percent this year. The government announced budget cuts of 50 percent in 2015 and a further 28 percent for this year. On the ground, civil servants report that wages have been paid late or not at all. The country relies on exports of food and refined fuel, and costs of day-to-day essentials have risen significantly.

Angola announced that it would begin talks with the IMF at the fund’s spring meetings in April. In a statement, the finance ministry said that it hoped that working with a multilateral institution would speed up its structural reforms and allow it to diversify away from the oil sector, which still accounts for 95 percent of export revenues, and into agriculture, financial services, fisheries and social sectors.

The IMF confirmed that Angola had requested a three-year programme. The country is eligible for US$500mn per year in support, taking the combined programme to US$1.5bn. It is the third time since the financial crisis that Angola has turned to the Fund for assistance. In 2009, the country borrowed US$1.4bn in an emergency programme, to help shore up its finances after the global financial crash blew a hole in its government budget. It is still paying back that loan. In June 2015, the country also borrowed US$650mn from the IMF to help it reform its costly fuel subsidies.

The ministry also said that it was working to improve the transparency of public finances and of the banking sector, and believed that working with the IMF would be able to accelerate this process.

Transparency
Transparency has not been a strong point in Angola’s pseudo-control economy, which is dominated by state institutions and businesses that have close links with the government of President José Eduardo dos Santos, who has run the country since 1979.

While the oil prices were high and the country’s growth was surging, this lack of accountability was rarely a meaningful block on investment. However, as the country’s fortunes reversed, it has had to tap the capital markets and multilateral financial institutions to shore up the gaps in its budget, bringing a new level of scrutiny to the process.

However, John Ashbourne, Africa economist at Capital Economics, says that even the process of issuing a US$1.5bn eurobond last November had little impact on the government’s willingness to open its books to investors and lenders.

The extends to its real debt position. Alongside its borrowing from capital markets, Angola has received an undisclosed amount from China, with some estimates putting the figure at over US$10bn. The terms of the loans are also unknown, and could well be secured against land or future oil revenues.

“The situation on provision of data may have improved marginally, but the economic and political systems are still very opaque. I do not think that the authorities really want to go through

the, no doubt painful, process of opening up and providing more information about the country’s finances. They are, occasionally, forced to open up a little bit; but I don’t think that there has been a real culture change.”

Others are more charitable. Tiago Dionisio, assistant director at investment bank Eaglestone, believes that the administration is at least moving in the right direction.

“We believe that the Angolan authorities are taking some of the necessary steps towards improving the transparency of the country’s fiscal accounts,” he says. “However, due to the country’s economic situation, one could rightfully argue that these steps have been quite slow to materialise and present a meaningful change. For instance, information about the current year’s budget execution is not easily available and only minimal fiscal data is currently provided by the local authorities.”

The presence of the IMF should lead to a quicker pace of reform, he says: “It should also bring some reassurance to investors about the ability of the local authorities to stabilise the economy in the foreseeable future.”