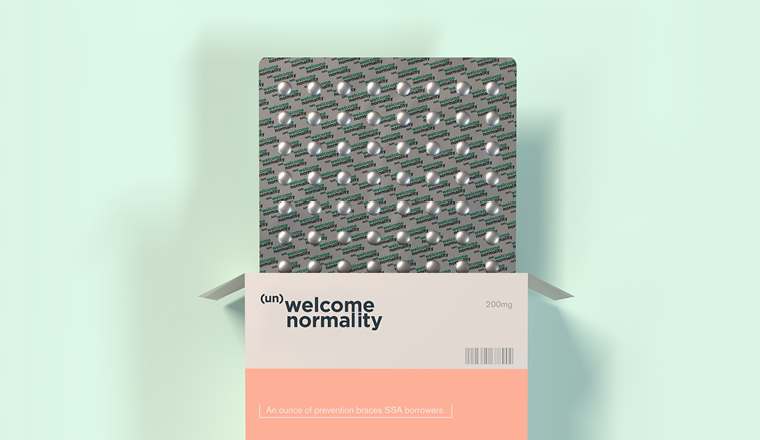 Multilateral and development banks have been some of the biggest beneficiaries of historically loose monetary policies around the world, but there is now a sharp divergence in what lies ahead for their funding officials as quantitative easing programmes draw to a close.

he Federal Reserve began scaling back its multitrillion dollar quantitative easing project in October, marking the beginning of the end of the financial stimulus package created to combat the global financial crisis. Meanwhile, the European Central Bank has halved the amount of bonds it buys each month to €30bn.

This gradual return to normal monetary policy from the world’s biggest central banks will create mixed fortunes for EMEA region multilateral and development lenders. Highly rated regular bond issuers are expecting to find it easier to fund themselves, while names more off the beaten track are taking measures to shore up their balance sheets in preparation for harder funding conditions.

“Monetary tightening is generally a positive for sovereign, supranational and agency (SSA) bonds,” Isabelle Laurent, deputy treasurer and head of funding at the European Bank for Reconstruction and Development, told EMEA Finance. “When rates back up, spreads generally widen and it should become even easier for us to issue.” {mprestriction ids=“*”}

This is because central bank bond buying - €80bn a month for the ECB at its peak and roughly US$100bn monthly from the Fed - has pushed bond yields so low as to be negative in some cases at the shorter end of maturity curves. This means that there is little demand from investors for new debt at those levels.

“The Treasury spread was negative last year even at the short end and it’s still negative from seven years,” said Laurent. “That is something that should change.”

In the Eurozone market, Triple A rated government bonds in the secondary market, for example, do not start offering a positive yield until the maturity hits six years and six months, according to the ECB.

Low yields abound
Despite the low yields on offer, fixed income investors continued to buy highly rated bonds throughout the quantitative easing process – particularly those that are eligible for the ECB’s bond purchase programme. This is because investors knew the central bank was not price sensitive and would also be buying the debt regardless of the yield on offer, pushing the price ever higher. This has proven to be a guaranteed bet since Europe’s central bank started buying bonds, first in SSAs and then in high grade corporate markets.

There has been around one trillion dollars of inflows into investment grade and emerging market debt funds since central banks loosened monetary policy, according to Bank of America Merrill Lynch. The second week of October 2017 was the forty-second consecutive week of inflows into investment grade bond funds, while emerging market bond funds saw inflows for 37 of the previous 38 weeks at the same time.

One of the knock-on effects of very low yields in developed economies was investors expanding their remits to include emerging market debt, pushing yields down to historically low absolute levels. Lithuania, for example, is paying just a 0.95% coupon on its May 2027s and just 2.1% on its May 2047 bonds that were printed in the quantitative easing era.

Unfortunately for emerging markets, this phenomenon is expected to reverse once rates rise further and quantitative easing ends.

“One thing likely is it will suck funds from emerging markets back into developed markets as the hunt for yield declines,” said Andrew Alli chief executive officer of the Nigeria headquartered Africa Finance Corporation (AFC). “Once interest rates hit a certain threshold, they will change the market dynamic and it will take a while to find the equilibrium again.”

Alli added that this was something of a guess, as “it is too hard to know exactly what will happen when interest rates rise.”

This is a marked difference than the easier funding future for the EBRD, and the AFC is already well underway with preparations for potentially trickier financing.

“AFC is preparing for this by shoring up its balance sheet and making sure it has a lot of liquidity to fulfil all of its obligations for 12 months,” Alli said. “It’s a little bit expensive, but we try to minimise the negative carry and it protects our rating, which makes the expense worth it.”

The pan-African multilateral carries an A3 rating with a stable outlook from Moody’s.

Another knock-on effect of quantitative easing was investors buying longer dated debt from developed market borrowers, as the yields increase the further down the curve they went. In the corporate world, this is a benefit as chief executive officers can put off refinancing risk for decades.

“The EBRD does not especially focus on longer term issuance,” said Laurent, “because our project loans are by and large floating rate, and therefore typically have

a duration of three months, so we tend to swap our fixed rate bonds anyway.”

Green pastures
Another funding avenue for development banks is the green finance market, which has proven to be a smoothly functioning, though niche, option.

The EBRD – which has a roughly €8bn a year issuance programme – printed a US$500mn July 2021 green bond in September at just 3bp over mid-swaps and 33.2bp over the September 2020 US Treasuries.

Despite the low spread over US government debt, equal to a yield of 1.929% at the time of pricing, demand for the deal was more than US$600mn.

“Taking advantage of the strong market backdrop for high grade bonds and appetite for environmental, social and governance investments,” said Marco Baldini, head of European syndicate at Barclays, which ran the trade alongside Citi and Credit Agricole, “EBRD has achieved an impressive mix of green investor diversification and very attractive pricing.”

The size of the trade, while still benchmark size, is far smaller than the usual US$1bn plus amount the EBRD usually raises per visit to the dollar market.

“The reason we do not do larger green deals is not because there is not the demand, but because we have to ensure we reserve our green bonds specifically for deep green investors,” said Laurent at the bank.

‘Deep green’ investors are funds that only buy bonds with the highest level of green credentials.

“Less than 20% of our issuance is green,” said Laurent, “and if we do big green bond issuance then that may cannibalise the investor base for the remaining 80%.”

It looks like it will be increasingly tough to ignore the demand from mainstream investors for green debt, however.

Hermes Investment Management, which has £30.8bn of assets under management, printed a whitepaper on November 15 called The low carbon opportunity – and the risk of missing out, which espouses mainstream take up of green investing.

“It will be easier to attract mainstream investors by showing them the value of tapping into the growth potential of the transition to a low-carbon economy,” said Saker Nusseibeh, chief executive of Hermes in a statement.

The super rare trade for an A$60mn (US$46mn) tap of its December 2031 green bond was the first time the bank had reopened the bonds since they were issued in December 2016. Long maturity Kangaroo bonds are tricky to sell because the only real buyer base for them are Japanese investors, and even then, convincing them to take the long-term risk is tough.

However, the demand was there because of the popularity for socially responsible bonds, according to a source close to the deal.

Nonetheless, this is only the third bond by a sovereign, supranational or agency borrower in the Kangaroo green bond market. The other two came from the World Bank and Germany’s KfW in 2013 and 2014, respectively.

Nomura was the lead on the AfDB transaction.

The AFC is also considering the potential of printing green debt.

“We are open to any reasonable type of funding, including green bonds,” said Alli at AFC, adding that the bank is “in the advanced stages of finalising a US$100mn climate finance line from a European institution now”, without giving further details.

At the end of October, AFC signed an Accreditation Master Agreement with the multilateral Green Climate Fund (GFC) in Seoul, South Korea.

The signing will grant AFC access to direct funding from the GFC, rather than via intermediaries or third parties. The GFC is expected to becoming the main multilateral financing mechanism to support climate investment in emerging markets, according to AFC.

“AFC intends to leverage this partnership by mobilising GFC’s capital to further its low carbon emission investments in four of its five focus sectors,” said the AFC in a statement. These sectors are power, transport, heavy industries and telecoms.

Meanwhile, AFC is also active in other funding avenues other than the vanilla bond market.

Sukuk for supranationals
“Islamic finance has a slightly different pool of funds and will remain an important part of our funding,” said Alli.

The lender made its debut in the Sukuk market at the beginning of 2017, raising US$150mn of three year Shariah compliant money.

The trade was well received, with the AFC able to raise the final amount from an initial target of US$100mn with books of US$230mn. It also marked the first Sukuk to be issued by an African supranational.

“The core values of Islamic finance, the need to invest ethically in assets that have a tangible positive social impact, made a Sukuk issuance a natural choice for us,” said Alli.

Sukuk issuance is due to ramp up at another multilateral lender, after triple A rated Saudi Arabia based Islamic Development Bank (IsDB) said it would increase its borrowing over the next three years.

The Shariah compliant issuer wants to increase its borrowing to about 12.2bn Islamic dinars (US$17bn) – the bank’s Islamic finance equivalent to the International Monetary Fund’s Special Drawing Right currency – by 2020. The IsDB raised 9.5bn Islamic dinars in 2016, according to Moody’s.

The IsDB accessed the market in September for a US$1.25bn five-year Sukuk from its US$25bn Sukuk programme. International Islamic finance is almost always denominated in dollars, so the yields on offer are generally more attractive to investors than a euro denominated transaction, and IsDB priced the deal to yield 2.393%. In spread terms, this came to mid-swaps plus 40bp, 5bp inside where the issuer printed its last bond market outing in November 2016.

At the time, the bank said the deal had drawn new investors to its debt, with 56% allocated to the Middle East and Africa, 37% to Asia and 7% to Europe.

IsDB listed the Sukuk on the London Stock Exchange, which the exchange was quick to attribute in part to the UK’s own Sukuk issuance in 2014.

Syndicated liquidity
Bond markets are not the only source of funding for development banks – particularly the smaller lenders with less of a bond market track record.

The loan helps DBSA “further accelerate our mandate and make a positive development impact on the continent,” said the bank’s chief executive Patrick Dlamini in a statement.

The DBSA facility used a guarantee from the Multilateral Investment Guarantee Agency (Miga), part of the World Bank Group.

Indeed, for banks with little bond market exposure, or at least without multibillion dollar-equivalent programmes such as the EBRD, the loan market provides an important source of liquidity.

AFC launched a US$150mn two-year loan into the syndicated market in February 2016. Bank of Tokyo-Mitsubishi UFJ, Citi, Emirates NBD, JP Morgan and Standard Chartered were arrangers on the trade.

“Diversification is important to us,” said Alli at AFC. “There have been times when the bond market is closed but the syndicated loan market is still open.”

Multilateral and development banks may have a diverse range of challenges ahead, but it seems there will always remain funding options open to them, regardless of central bank machinations. {/mprestriction}