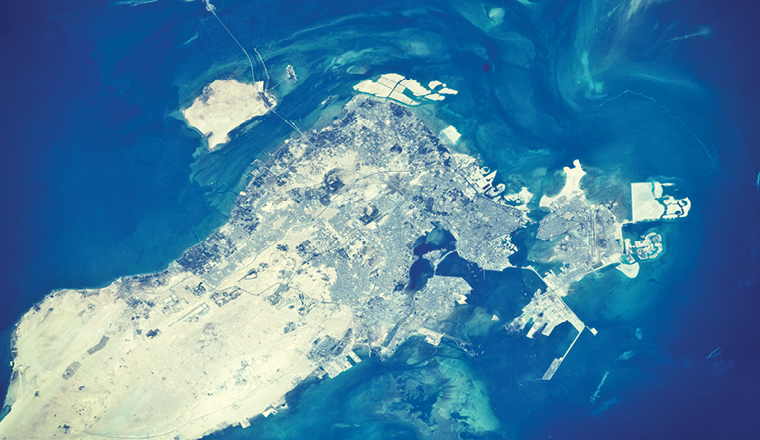 Given its size as the smallest economy in the GCC, it should be no surprise that Bahrain is focusing on financial reforms that will attract start-ups to strengthen its engine of growth and help diversify away from the oil and gas sector. Phil Thornton reports on how Bahrain’s economic development board has set out a strategy to attract foreign direct investment and SMEs that will both create jobs and help the Kingdom exploit modern technologies.

As the smallest economy in the Gulf Cooperation Council and nestling in the Persian Gulf off the coast of Saudi Arabia, Bahrain has to deal with both the challenges and opportunities offered by its location.

These challenges have come thick and fast in recent years with oil prices falling 70% in the space of a year followed by the economic blockade of Qatar and most recently the political shake-up in Saudi Arabia.{mprestriction ids=“*”}

But if anything, these tremors have only hardened the island kingdom’s resolve to reform and diversify its economy away from the traditional reliance on oil and gas and towards fast growing sectors such as logistics, financial services and digital technology.

Bahrain’s resilience was evident in the most recent growth figures that showed the economy expanded by 3.7% in the year to June 2017, despite a contraction of 0.5% in oil-sector growth, which was offset by a robust 4.7% surge in the non-oil sector.

The non-oil sector is expected to drive economic growth over the coming two years, with the Bahrain Economic Development Board (EDB) expecting the economy to expand by 2.4% in 2017, compared to a 0.5% growth in the hydrocarbons sector.

For the past three decades the authorities have used surplus oil revenues to fund the diversification away from hydrocarbons and 80% of growth now comes from the non-oil sector.

Manufacturing, transportation and logistics make up a fifth of the economy, and the financial services sector contributes another 16%.

The government’s long-term strategy is set out in its ambitious Economic Vision 2030 document, which has the overarching aim of creating a sustainable, competitive and fair economy, with a target of doubling household income by 2030.

National strategy
Implementation of the strategy is done through the regularly updated National Development Strategy, led by the EDB and a number of other agencies. It places the private sector at the forefront of driving development through policies that foster entrepreneurship, growth and innovation.

The mission to attract new business investment rests on a three-pronged strategy. The first is investment in infrastructure. “Bahrain is investing in a whole raft of projects valued at over £32bn, which is equivalent to our entire annual GDP,” says EDB managing director Simon Galpin, “For us it is a big deal.”

These include the expansion of the airport, the US$5bn upgrading of all the major oil refineries in Bahrain, the enlargement of the Alba aluminium smelter to make it the largest in the world, and a second direct connection to the Eastern Province of Saudi Arabia for both road and rail to connect to Saudi Arabia and complement the existing King Fahd Causeway.

The second is what Galpin calls “soft infrastructure” — reforms of business regulations that allows 100% foreign ownership and a revision of insolvency laws aimed at fostering innovation and entrepreneurship by modernising and streamlining the bankruptcy procedures. “We are making sure that small- and medium-sized enterprises have access to finance by allowing them to use moveable assets as collaterals for loans,” he says.

The third trend, which is connected to the regulatory overhaul, is the decision by the Central Bank of Bahrain to introduce the first “regulatory sandbox” — A virtual space for entrepreneurs to safely test financial technology (fintech) innovations. It has attracted its first entrants: Tramonex, a London-based forex cash management solution, and NOW Money, a Dubai-based account and remittance service.

This is part of a wider project to attract start-ups through its StartUp Bahrain initiative that brings together public and private sector players that has included a mix of local entrepreneurs from Bahrain and Saudi Arabia as well as from western countries. Recent start-ups include entrepreneurs working on ventures related to the internet of things, cybersecurity, and in payment systems.

Amazon investment
The kingdom is attracting larger companies as well. In October Amazon Web Services, part of the American giant e-retailer, announced plans to create cloud infrastructure in Bahrain to serve the Middle East that will be operational by early 2019.

This will complement a sales office in Manama opened in January 2017 and staffed with account managers, solutions architects, partner managers, professional services consultants and other functions.

PayTabs, a leading payment processing solution company established in the Kingdom of Saudi Arabia and headquartered in Bahrain, announced its success in attracting US$20mn worth of investments from private funding to support the international expansion of its products and services. The investment is expected to create 4,000 direct and indirect jobs internationally, to support PayTabs operations over the next two years.

Mondelez International, one of the world’s largest snacks companies, is building one of its global manufacturing and distribution hubs in Bahrain, in order to meet the growing demand in the Middle East and Africa. Mondelez is building a state-of-the-art biscuit production plant that will produce the famous brands Oreo, Ritz and TUC. The plant will generate 200 jobs in its initial phase.

Textile and fashion distribution company Armada Group has recently begun construction of its regional distribution centre in the Bahrain Logistics Zone (BLZ), investing over US$50mn and creating 400 direct jobs over the next three years.

These helped take the total investment into Bahrain’s manufacturing and logistics sector to US$329mn in the first eight months of 2017 as part of investments by 53 companies that will create 2,300 jobs. These investments from January to August compared to US$280mn for the whole of 2016 and US$140mn in 2015.

“Our role to is get people who know a bit about Bahrain to take another look,” Galpin says. “What we have done with fintech is a good reason to explain some of the strengths of Bahrain and some of the new opportunities.”

Looking ahead the EDB and other public agencies are focused on five sectors. The first two are manufacturing and logistics which continue to underpin investment and job creation. The third is financial services where Bahrain boasts 403 institutions and 2,885 authorised funds — more licensed financial institutions and registered and domiciled funds than anywhere in the region.

Third is ICT, which benefits from Bahrain’s decision to be the first in the region to deregulate the telecoms market, build extensive fibre-optic cable links to the rest of the region, and develop strong intellectual property laws.

Finally, there is tourism where the EDB aims to lure hotel and restaurant companies to add to the existing offering that already sees one million people come every month to enjoy a vibrant retail sector and sporting attractions, including the Formula 1 Gulf Air Bahrain Grand Prix as well as golf, athletics and water sports.

Record of success
This will help Bahrain overcome an expected slowdown in economic growth over the coming years. The IMF used its Article IV annual assessment of the Bahraini economy in August to cut its outlook for economic growth from 3.0% in 2016 to 2.6% in 2017 and 1.6% in 2018.

It was concerned that the cuts in government spending needed to offset the impact of the rising deficit from the fall in oil prices, which contributed 80% of state revenues, would crimp growth and undermine investor confidence.

The IMF’s mission chief to Bahrain, Padamja Khandelwal, has called on the authorities to move further and implement an “additional sizable and frontloaded fiscal adjustment” to restore fiscal sustainability and reduce what she describes as large fiscal and external financing needs.

This was echoed by Moody’s, the credit agency, which cut its long-term issuer rating to B1 from Ba2 in July. It said that the government lacked a clear and comprehensive fiscal consolidation strategy.

Bahrain has no sizable and liquid sovereign wealth fund assets it can draw on, and therefore has to rely fully on debt funding to finance its large fiscal deficits. MPs raised the debt ceiling to BAD13bn — close to 100% of GDP — from BAD10bn in July. “The financing of fiscal deficits will likely continue to translate into higher government debt,” says Carla Slim, MENA economist at Standard Chartered Bank.

However, at the IMF’s annual meetings in October, the director of the fund’s Middle East and Central Asia Department, former Lebanese finance minister Jihad Azour, said Bahrain had started to adjust to the low oil prices with a certain number of fiscal reforms to reduce the level of deficit. “Bahrain is committed to pursuing their structural reforms as well as also reducing the level of deficit by implementing the same reforms, introducing the value added tax, and progressively lifting the subsidies on fuels and related products.”

At the same time the region has been shaken up by the economic blockade. According to Galpin neither the warnings from the financial watchdogs nor the row with Qatar had put investors off. He said that while levels of interest saw a typical seasonal decline over the summer the pipeline of new investment opportunities was growing.

“The figures speak for themselves,” he says. “The fact that we have got a record number of successes this year and the fact that the pipeline of companies is stronger than ever is a sign that Bahrain remains very attractive and competitive.”

Indeed, both the IMF and the World Bank have commended the authorities’ recent initiatives to streamline business regulation and improve the legal framework.

“Reforms are under way and we at the EDB have to focus on promoting the reforms that are going to create opportunities for investors,” Galpin said.

“Bahrain is a bit of a well-kept secret so we have to promote those opportunities.” {/mprestriction}