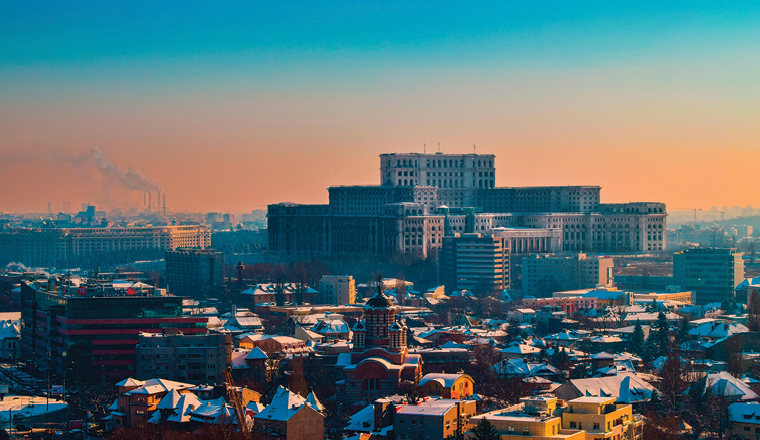 Romania’s economy has spent 2017 soaring past analysts’ growth expectations, but the progress is being powered by consumer spending and debt rather than more sustainable and long-term public and private investment.

Romania’s economy has spent 2017 soaring past analysts’ growth expectations, but the progress is being powered by consumer spending and debt rather than more sustainable and long-term public and private investment.

Romania had the fastest growing economy in the European Union in the first half of 2017, hitting 5.8% from January to June, the World Bank said on October 19. The international financial institution also revised the country’s growth prediction for the full year to 5.5% from the 4.1% forecast in June.{mprestriction ids=“*”}

However, the growth has come almost exclusively from private consumption, which is up by 7.4% year-on-year.

The World Bank puts the wage increase for the year at 19.5% and social assistance spending up by 9.8%. The public wage law was one of the main elements of the governing Social Democrat Party’s manifesto when the party came into power last year.

“Every Romanian citizen and every family that works hard must have the chance to be part of the middle class,” said party leader Liviu Dragnea while on the campaign trail. Dragnea is not allowed to hold high office in the country because of a previous conviction for electoral fraud.

The second string to Romanian consumers’ spending bow is the ready availability of bank loans.

“Access to credit is positively influencing consumption,” said Ion at Raiffeisen Bank Romania. “Consumer loans are growing at a rate a lot stronger than in the past.”

Raiffeisen Bank Romania’s net lending portfolio has increased by 3% in the 12 months to June 2017, for a total of €4.32bn. Newly approved loans in the period accounted for €1.4bn, with more than a third going to private individuals.

The bank is not alone. Banca Transilvania saw loans increase by 5% in the first six months of 2017, before impairment allowances and write off operations are accounted for. Of the 80,000 loans the bank agreed in the first half of the year, 35,000 went to retail customers.

Other aspects that have helped bolster consumer spending are an increase in state pensions and the reduction in the standard VAT rate from 20% to 19% in January, which has in turn led to lower than expected revenue collection from the tax down by 4.3% year-over-year.

“Consumer confidence is back and the growth trend has recovered to levels we saw in 2007 before the global financial crisis,” said Ion.

The country’s banks are feeding into the increased demand from private consumers, with wide ranging digital initiatives seeking to pick up customers for the business segment.

“We are all accustomed to accessing different services online,” said Gábor Ljubičić, deputy general manager of OTP Bank Romania’s retail division. “Why not a personal need loan? The first credits have already been granted and their number is steadily increasing.”

Digitalising consumer facing parts of the bank is a rapidly growing trend in Romania, with banks across the country keen to highlight their efforts in the endeavour.

“Banking is changing radically and with an accelerated pace,” said Horia Ciorcilă, chairman of the board, Banca Transilvania. “We are rolling out a vast and complex digitalisation process, aiming [for simplification in] business and customer interaction.”

This year, Banca Transilvania has launched a contactless watch to replace cards for payments, as well as a programme, called Livia robot, which offers permanently available assistance to retail clients on their current accounts, products and services via Facebook Messenger and Skype.

“Customers want a simpler and faster interaction with the bank,” Raiffeisen Bank Romania said in its half year report. “Their expectations grow with the evolution of technology, and we need to respond to these requirements.”

Consumers are so hot right now
The growth in consumer consumption has led to fears of potential overheating in parts of the economy.

With domestic demand projected to increase significantly, imports of goods and services will outstrip exports. This is despite exports growing by 10.9% in the first quarter of 2017, compared to the preceding three months.

Romania’s central bank reckons that as a share of nominal GDP, the current account deficit is likely to be around 3.4% over the medium term.

“The reopening of the current account deficit on the back of swifter consumption and a wider fiscal deficit carries the potential to jeopardise macroeconomic equilibria,” said the central bank in its latest inflation report, “with a direct impact on capital inflows to Romania.”

This will come as a blow to Romania, which has only just begun getting a handle on its current account gap. The deficit was €303mn as of August 2017, according to Trading Economics, from €459mn a year earlier and well below the 2017 high of €906mn posted in April.

“The fiscal and current account deficits are on the rise and public debt dynamics have not been stabilized,” said the World Bank. “These developments leave the Romanian economy increasingly vulnerable to exogenous shocks. The authorities should consider additional fiscal measures if the budget deficit risks exceeding 3% of GDP in 2017 and 2018.”

Adding to the pressure is the likely tightening of monetary policy by the European Central Bank, which is expected to shift investor sentiment away from emerging markets as yields start to rise in developed economies. This will lead to higher refinancing costs for Romania, heaping on extra fiscal pressure.

Another issue with rising rates is that many of the consumer loans are in Romanian leu on a floating basis, meaning that monthly repayments from private debtors are liable to shoot up.

Inflation in the country is expected to hit 3% to 4% in the medium term the central bank said in August, from 1.8% now. This will increase the pressure on the central bank to raise its rates.

“On the upside,” said the World Bank, “a better than projected economic performance of the Eurozone will act as a driver for growth in the broader EU, including Romania.”

Missing investment
While consumers are riding high on better wages and easy credit, corporate investment is lagging with growth for the first six months of just 1.1%.

This is “timid,” said the World Bank in its Europe and Central Asia Economic Update, and reflected “the poor performance of public investment mainly due to the drop in the EU investment funding.”

There are eight national and regional programmes set up by the European Union that Romania is eligible for, and Romania has been allocated €30.84bn from the European Structure and Investment Funds over the period of 2014 to 2020, according to the British Chamber of Commerce.

Romania will contribute €5.63bn to this, giving a total budged of €36.4bn to be invested in a range of areas including job creation, promotion growth and innovation and the environment.

It is not just falling EU money that is stopping public investment – the problems are also far more structural.

“A more stable fiscal framework and a better prioritization of public spending will sustain growth of private investment,” said Ion at Raiffeisen Bank Romania. “The legal framework must be more stable and predictable to persuade private players to invest more.”

Romania is considering radical changes to its tax system which has included a corporate turnover tax that was announced in June and then dropped after a sharp rise in bond yields and kickback from businesses, as well as clamping down on government corruption.

There are some bright spots in corporate investment. Information, computer technology’s contribution to the country’s GDP grew by 12.7%, while industry “showed good signs of recovery,” according to the World Bank, and was up 7.3%. Construction has had a bad year in the country, shrinking by 4.7%.

Demand from small, medium sized and micro enterprises is increasing, with Banca Transilvania providing RON1.6bn (€348mn) to the segment in the first half of 2017, up by 47% from the same period in 2016.

“For the rest of the year,” said Ciorcilă at Banca Transilvania, “as the bank of the entrepreneurs, we will play our role contributing to a faster pace of public and private investments, counting on predictable public policies.”

Away from debt, one company has capitalised on Romania’s rising stock market to raise funds through share sales.

Romanian cable and internet provider Digi Communications held a €190mn-equivalent initial public offering on the Bucharest Stock Exchange in May at a time when the index was up 22% on the year.

The IPO, the only one in the country this year as of the end of October, was one of the biggest ever on the domestic exchange, and the first for a telecoms company.

Consolidation stations
The lack of corporate loans makes the Romanian banking system over capitalised, according to bankers, who put the capitalisation rate at around 20% and the loan to despot ratio at roughly 80%.

However, the average return on equity from the country’s banks is 13% to 15%, which one banker who could not be named described as “really quite good”.

There is consolidation happening in the banking sector, too. In July, OTP Bank Romania agreed to buy 99.28% of Banca Romaneasca from the National Bank of Greece.

OTP Bank Romania is looking at making more purchases in the country, according to László Wolf, deputy chief executive officer of the bank’s commercial banking business.

“OTP Group is dedicated to further invest in the Romanian market,” said Wolf, “but further acquisition transactions will be considered only after the full and successful integration of the present one.”

Romania’s bulging economy has much going for it, but it must get to grips with its limited corporate investment if it is to continue growing without causing fiscal and household debt problems.

“Crises cannot be eliminated,” said Daniel Dăianu, member of the board of National Bank of Romania. “However, they can be contained in terms of magnitude, and systemic risks can be mitigated, although not completely done away with.” {/mprestriction}