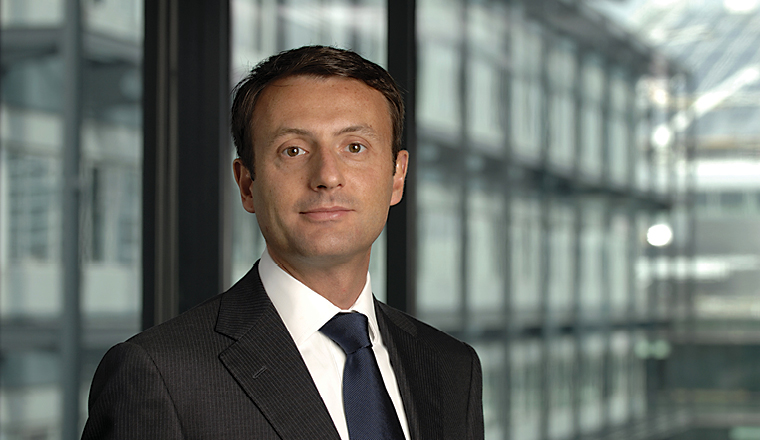 Jean-Patrick Marquet, who became the EBRD’s new director for Turkey in March, talks to EMEA Finance about the work the bank is doing there.

EMEA Finance: You’ve moved to Istanbul to start your new role. What appealed to you about the move and the job?

Marquet: I was the bank’s director for municipal markets, based in London with global coverage, but Turkey was my main market because of the PPP [public-private partnership] work, mostly supporting Turkey’s hospital building programme, and other investments. It’s probably the most sophisticated market in which the EBRD operates. It’s a very dynamic environment. You have sponsors and investors who are keen to develop new projects, who are interested to move into more sophisticated structures, like project bonds and equity. It is also a fascinating assignment for me personally to become head of the bank here.

EMEA Finance: Along with you taking this role, Natalia Khanjenkova, the new managing director for Turkey and Central Asia, is based in Istanbul. That’s the first time the bank has had an MD based in the region. Is there a feeling that this is a new area of focus for the EBRD?

Marquet: It is very much a focus. The EBRD has an organisational policy which is to be as close as possible to the field. We try to have bankers, lawyers, economists on the ground to have better insight into our markets as to who are the players, what is their background, what are their plans.

Until recently there were few MDs based in the countries where we invest. We had the first in Russia a few years ago, then created one in Ukraine last year, and this year in Turkey and Central Asia. It’s an indication that this area has particular importance to the bank and that we recognise we need to be close to the market to be even more effective and maximise the potential for the bank in terms of investment.

EMEA Finance: The bank has only been active in Turkey since 2008, but the country was the largest recipient of its funds last year. What does that say about Turkey’s needs from international finance institutions and the kind of work you’ve been carrying out there?

Marquet: Last year we invested €1.4bn (US$1.5bn). We’ve moved from zero to that position in six years, so it’s an exceptional development.

What’s also quite exceptional is that probably 98% of what we’re doing in Turkey is in the private sector – in most countries the EBRD handles a mix of private and public sector work, with more or less public sector investment depending on how advanced the country is. Turkey is an advanced economy with a thriving private sector. That’s perfect for the bank. Supporting private sector development is a key objective. But looking at the big picture, we do more than just finance.

We’re using three tools to achieve our goals. The first is policy dialogue. We work with the government – we help them in structuring their legal framework, defining policies like in the energy sector, modernising the agricultural sector among others.

The second tool is technical assistance. We still need to deploy grant-funded technical assistance to promote energy efficiency, such as in the corporate and residential sectors, to boost local banks’ capacity to finance SMEs, to facilitate the implementation and tendering of PPPs.

On the investment side, the third tool, we’re investing large amounts of money. Last year we invested €1.4bn, this year we are planning to step up our investment further, financing a range of projects.

EMEA Finance: In terms of project finance, there’s a huge amount to be done in Turkey and big ambitions in energy and infrastructure. How have you seen the funding markets for those kinds of projects change in the country?

Marquet: We have seen the ambitions of the government expanding considerably, moving into the social infrastructure sector, and now looking at the environmental sector. It’s expanding across the spectrum and also expanding in terms of project numbers and their size.

We’ve seen the funding market evolving in parallel. Our loan in 2012 for the construction of the Eurasia Tunnel under the Bosphorus Strait had an 18-year tenor, the longest for project financing in Turkey to date. Last year we extended another 18-year facility for the development of a hospital in the southeastern city of Adana. This time commercial banks were offering up to 15 years maturity.