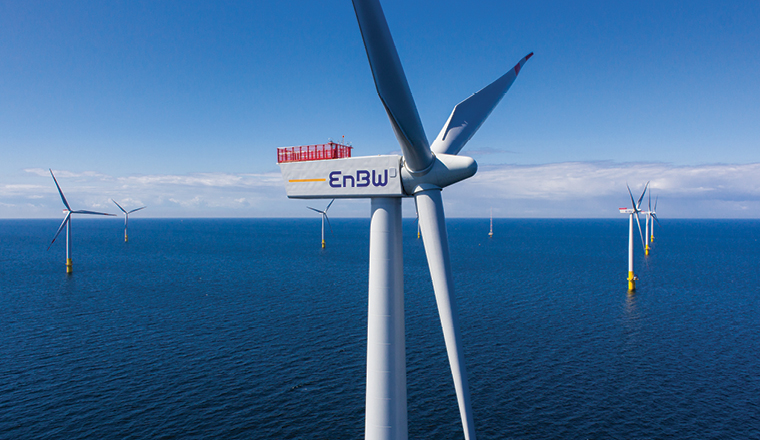 European investment in offshore wind farms is quickly gathering pace, with developers and investors now recognising the potential offered by the Nordic and Baltic regions too. New types of financing structures are also being exploited. Liz Salecka investigates.

Although the UK market leads offshore wind development, there is growing momentum in this renewables sector across Europe in countries that include Germany, Holland and Belgium, as well as increased recognition of the potential offered by the Nordic and Baltic regions.

One of the biggest schemes to date in the Baltics is EnBW’s 288MW Baltic 2 offshore wind farm, which was officially opened in September last year, adjacent to the already operational EnBW Baltic 1, located 32 kilometres north of the island of Ruegen.

The new offshore wind farm, which has 80 operational individual wind turbines covering 27 kilometres, has now been connected to the national grid. It offers the capacity to meet the annual electricity needs of about 340,000 households.

EnBW’s chief technical officer Dr Hans-Josef Zimmer explains that Baltic 2 will make an important contribution to further expanding the share of renewable energies in the EnBW energy mix. It is the Geman company’s largest offshore wind farm project to date.

“After the establishment of the first commercial offshore wind farms in Germany, now have again significantly greater dimensions,” he says. “Our second offshore wind farm is four times as large, and generates six times as much electricity.