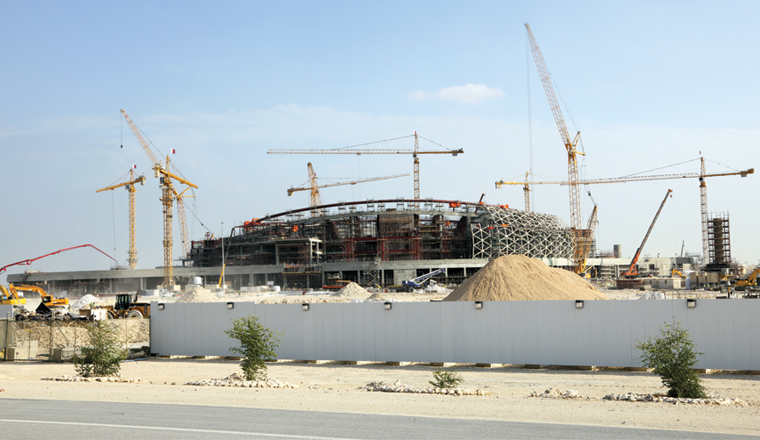 Qatar remains a building site, and not just in terms of infrastructure.

One thing Steve Troop loves about dealmaking mandates, he says with a chuckle, is that they’re alphabetised. When the United Kingdom sold its first sovereign sukuk last June it picked five banks to run the deal as lead managers and bookrunners. When those banks were mentioned in deal documents or the press, Barwa Bank – the Qatari firm at which Troop was chief executive and now advises the chairman – took top billing, ahead of Malaysia’s CIMB, HSBC, National Bank of Abu Dhabi and Standard Chartered Bank. The UK’s first foray into Islamic finance was one of last year’s capital-market highlights, and winning a spot on the deal was a big coup for Troop and the Barwa Bank team. It underlined the impressive growth of the bank in a short space of time – it opened its doors only in 2009 – and that in turn highlighted the dynamism of Qatar’s banking sector.

In a market where space limits scale, local firms have needed to be ambitious and smart about how and where they work. Qatar is the smallest country in the Gulf Cooperation Council by area and population after Bahrain. Banks and companies alike have grown accustomed to looking beyond the borders and offshore for business. For newer banks like Barwa that’s meant pushing to win work on international deals such as the UK sukuk and last year’s well-received issuance from the International Finance Facility for Immunisation. More established firms have had ample time to spread far beyond Doha in a physical sense as well.

Take the case of Qatar National Bank (QNB). The group now has businesses in 27 countries across three continents, and continues to grow organically as well as through eye-catching acquisitions. Last year the bank took a 20% stake in pan-African lender Ecobank, saying the investment was a key part of plans to make QNB a “Middle East and Africa icon” over the course of the next four years. The bank has also bolstered its operations in countries including Egypt, Jordan, the United Arab Emirates and Tunisia. It’s set up shop in India and established a representative office in China. Most recently, in March, the bank opened a representative office in Ho Chi Minh City, Vietnam’s largest city. The bank hopes to promote an east-west flow of trade between Qatar and Vietnam, helping companies in the Middle East to invest or establish businesses in Vietnam, as well as advising Vietnamese companies on moving into Middle Eastern markets.

Qatari corporates are just as keen to expand internationally. When Qatar Telecom, or Qtel, changed its name to Ooredoo – Arabic for “I want” – in 2013, it was not just a chance to grab some PR attention, but an opportunity to ditch a name that had been left dated by the company’s growth outside of the country.