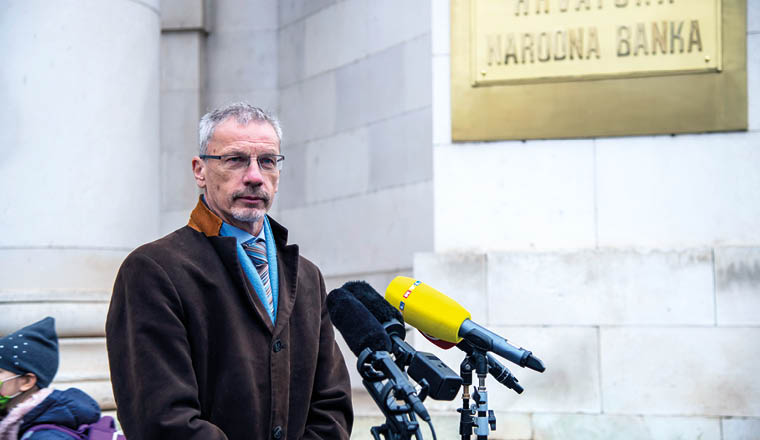 Boris Vujcic had been governor or deputy of Croatia’s central bank for two decades when the coronavirus pandemic hit, putting him in a good position to oversee a programme of quantitative easing, while keeping his eye on the country’s accession into the euro.

Looking back over the momentous events of the last year, Croatia’s central bank governor Boris Vujcic cannot be alone in citing the famous words of Russian revolutionary Vladimir Lenin that there are decades where nothing happens and there are weeks where decades happen.

“I think that nicely encapsulates the change in the broader economy that the pandemic brought, and also the change in monetary policy making that followed,” Vujcic notes.

Like all central and eastern European economies, Croatia was hit by the coronavirus pandemic and the economic lockdowns aimed at quelling its spread. According to the International Monetary Fund (IMF), its economy contracted by 9% as key tourism revenues halved, far more than the 2% shrinkage in growth in emerging and developing Europe as a whole.