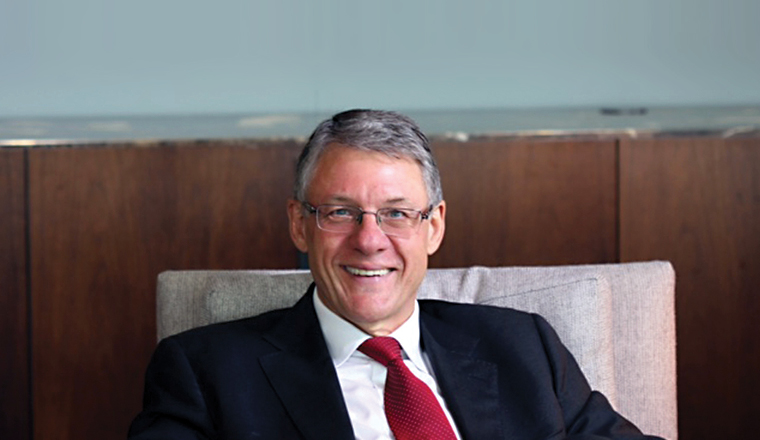 Moves and hires at EBRD, Bolero and more.

Trade finance specialist Bolero International has appointed former J.P. Morgan executive Daniel Cotti as its new chairman, with effect from 1st February. Cotti will replace Nicholas Barber CBE, who joined the company in 1999 and will move from his current role to become deputy chairman.

Cotti first joined the board of Bolero International as a non-executive director in September last year, following a distinguished 30-year banking career with JPMorgan, Citibank, ABN AMRO Bank and RBS. He has been actively involved with major industry associations including the International Chamber of Commerce’s Banking Commission, SWIFT and The Bankers Association for Finance and Trade (BAFT) and now runs his own boutique consulting company CTT - Cotti Trade & Treasury.

Cotti’s deep domain expertise and relationships across the trade finance industry have already proven to be invaluable in helping Bolero to define a number of new product offerings which it is planning to bring to the market in 2016. In his new role as chairman, Cotti will continue to work closely with Kerr and the Bolero team to deliver the company’s ambitious growth plans.

Cotti comments about the new opportunity: “I am immensely looking forward to being at the helm of a company that can play a significant role in transforming the financial services industry. We will drive the automation of all aspects of trade finance by leveraging our expertise, services, assets and client base, and make the most of our solution sets and our emerging distributed ledger technology.”

The Russian economist is set to add to his earlier contributions.

Sergei Guriev, a prominent Russian economist and former government advisor has been appointed chief economist of the European Bank for Reconstruction and Development (EBRD).

Guriev will start his new position in September 2016 after fulfilling his academic commitments at Sciences Po in Paris, where he has been teaching since leaving Russia in 2013. Guriev’s research interests include contract theory, corporate governance, political economics and labor mobility.

The 44-year-old has already been working with the EBRD in recent years, contributing to the Bank’s transition reports and as an external advisor to the chief economist. “Professor Guriev has a distinguished track record in transition economics,” the EBRD stated on announcing its decision to appoint Mr Guriev.

“I am very happy that an economist of Sergei Guriev’s standing will be joining us at the EBRD. He brings a huge amount of experience and expertise to the job and to the Bank’s Executive Committee. He has a deep knowledge of the countries where we operate and, as Chief Economist, will play a major role in helping us to deliver our mission,” said the President of the EBRD, Sir Suma Chakrabarti.

Sergei Guriev himself commented his appointment saying: “It is an honour to be asked to be the EBRD’s Chief Economist. The Bank plays an important part in helping to develop the economies of our countries and I look forward to my involvement in that work.”

Previously he was a Morgan Stanley Professor of Economics and a Rector at the New Economic School in Moscow since 2004 until he resigned in 2013 and fled to France. Guriev left Russia fearing arrest, as government investigators searched his office and confiscated his emails of the past five years. Prosecutors questioned him repeatedly in a conflict-of-interest case related to a report he helped write in 2011 criticising the prosecution of Mikhail Khodorkovsky, a Putin rival and oil tycoon, who spent a decade in prison, and support for opposition leader Alexei Navalny.

A liberal economist, Guriev had also worked as an adviser to former president and current Prime Minister Dmitry Medvedev.

Changes at the top for United Arab Bank

In January, United Arab Bank announced a shakeup of its senior management team, following disappointing results in Q3 2015. With three new appointments, the bank has cemented its commitment to sustainable growth, with a view to delivering value in 2016 and beyond.

The new chief business officer is Julio de Quesada, who joined the bank in May last year as executive vice president, Wholesale & International Banking. With 38 years experience in the banking industry, working across various markets, de Quesada previously served as head of Corporate and Investment Banking Group at Mashreqbank. This newly created role will allow him to oversee the entire bank business line.

The Sharjah-based bank saw changes at the top in October, when CEO Paul Trowbridge stepped down after six years. He was replaced by his deputy, Samer Tamimi, who now serves as acting chief executive.

Describing the new changes to the management team, Tamimi said on a release: “These initial appointments are part of our plan to ensure the bank has the right leadership team to respond to the changing economic environment, as we align our business operations to facilitate better cross-function collaboration and build a simpler, low risk and balanced organisation.”

In 2015, United Arab Bank saw a steep rise in loan defaults in its higher-risk commercial loan portfolio. Compared to 2014, its nine-month profit plummeted by 86%. The bank responded by taking “an uncompromising view on asset quality”, saying it would deleverage some of its higher-risk assets in the final quarter of 2015.

“This new organisational capacity combined with our strong capital structure and our conservative risk management framework, position us well to continue to provide our customers with a comprehensive, well-integrated suite of financial services,” Tamimi continued.