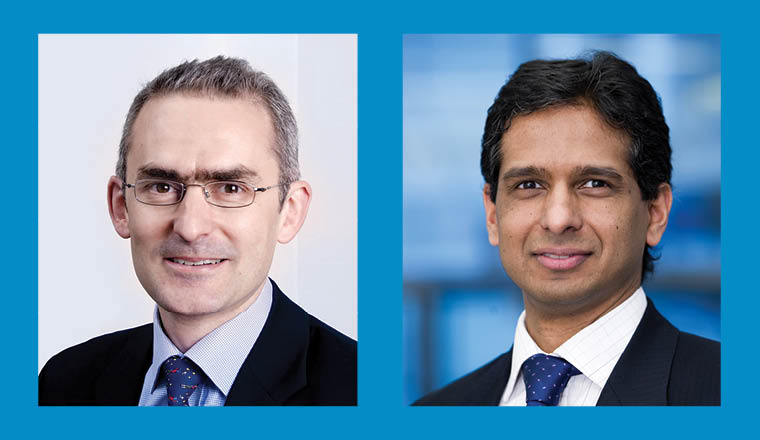 Investec Group, an international specialist bank and asset manager, has recently closed some significant transactions in the power and renewables space. Olivier Fricot and Adam Gordon, co-heads of power and infrastructure reveal the strategic importance of the sector and their plans for the year.

In September 2015, Investec Group closed a major UK solar transaction, known to the bank as ‘Project Windsor’. At stake was a portfolio of solar projects, developed by Lightsource and owned by funds managed by Octopus Investments. With 74 assets totalling 522MW, this portfolio was nothing if not significant – it represented 10% of the UK’s solar capacity, or enough green energy to power 200,000 homes.

For Investec, this was a landmark transaction. Together with RBS, it had acted as joint underwriter and book-runner for the syndication of a £400 million senior secured facility, which was used to refinance the purchase of the solar parks by Octopus. While this was the bank’s fifth deal with Octopus and Lightsource, it was the bank’s largest UK solar portfolio financing to date, and boosted its already impressive credentials in the renewable energy space.

“We had a deep, longstanding relationship with Octopus and Lightsource, so we understood their culture and drivers, and were able to deliver a transaction quickly, reliably and effectively,” says Olivier Fricot, head of power and infrastructure lending. “We were very comfortable in the bookrunning process because we understand the sector very well – we have been involved since its infancy in the UK, and previously had done a number of transactions in Europe. As a result, we were very confident that the transaction would be well-received in the market, which turned out to be the case.”

A relatively young bank, based primarily in the United Kingdom, South Africa and Australia, Investec is listed on both the London and Johannesburg stock exchanges and provides a diverse range of products and services.

Along with his colleague Adam Gordon, Fricot is part of a team of around 60 people working in power and infrastructure. While the two are based in London, their team are spread across multiple geographies – they have offices in New York and South Africa, and clients all around the world.

“Each market we deal in is different, but there are usually familiar underlying frameworks and the base technology we use is often very similar,” explains Gordon. “We do have a global sector approach, so we can spot trends and replicate developments from one market to another, and we find that many of our clients are active in multiple markets as well.”

Last year, for instance, saw the bank act as arranger and underwriter to the debt refinance for an 850MW power station in Australia. It performed a similar role for an aggregate 2,880MW of gas-fired power plants in the US, underwriting $1.7bnm from its New York office. In previous years, clients have been as far-flung as South Africa, Canada and Mozambique.

The bank was also financial advisor to the buyer in the public to private takeover of Alkane Energy, an independent UK power generator that runs a large number of coalmine methane plants. This was a notable transaction in the emerging response power sector, which is becoming increasingly critical to grid security in an age of renewable generation and thermal plant retirement.

As we move through 2016, power and renewables are coming to assume ever more strategic importance to the bank. Despite the slowdown in greenfield activity, the sector is continuing to see strong levels of lending and M&A activity, particularly in wind and solar. And however patterns change in future, Investec’s specialists consider themselves well equipped for what’s coming next.

“We’ve got a very entrepreneurial culture which allows us to do a number of deals and not be specifically constrained by set products,” says Fricot. “Within the power and infrastructure sector we’ve got a fairly wide field to look at, providing the deals make sense from a commercial standpoint.”