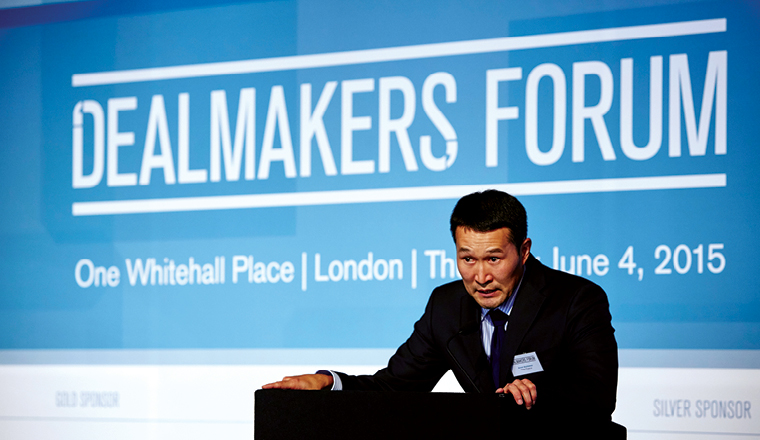 The Development Bank of Kazakhstan (DBK) took a novel step when it went to the international bond markets for tenge debt at the beginning of December, in a trade that is expected to kick start a wave of similar transactions in 2018.

“The final yield represents the lowest yield among all primary tenge bond issuances by Kazakhstan’s quasi-sovereigns this year,” Arnat Abzhanov, chairman of the management board at Halyk Finance, told EMEA Finance. “This landmark transaction represents the first ever public tenge Eurobond offering to both international and domestic investors by a Kazakhstani issuer.”

Halyk Finance was a bookrunner on the trade alongside Citi and JP Morgan.

DBK headed to Frankfurt, Zurich, London and Almaty for its roadshow, with the bank marketing a three to five-year deal for a maximum amount of KTZ100bn.

The bond was run off of Reg S documentation only, meaning it did not have the requisite 144A documentation to market to onshore US investors.

This did not seem to put a dent in demand, however, with order books hitting KZT170bn from 29 investors.

UK names made up the bulk of the demand, taking 63% of the final allocation. Offshore US investors bought 21% of the deal, German names 8%, other European accounts 6% and Kazakh investors took 2%.

Asset managers and funds were the biggest buyers of the trade by far, picking up 97% of the final allocation. Hedge funds bought 2% and banks 1%.

Taste for tenge
Tenge is a fairly exotic currency that is way off the map for many investors, however, there is a pocket of money managers that were keen to dip into the debt – those with existing Russian rouble lines.

“Many European investors are already well acquainted with rouble bonds,” said Abzhanov. “Once investors already have rouble risk, looking at tenge is not too big a step to take.”

He added: “In the last two years, [Russian state rouble denominated] OFZ yields have come down significantly from a double digit territory to well below 8%. Kazakhstani tenge bonds are somewhat similar to rouble bonds but they currently offer higher spreads and higher yields, thus becoming a strong alternative for international investors.”