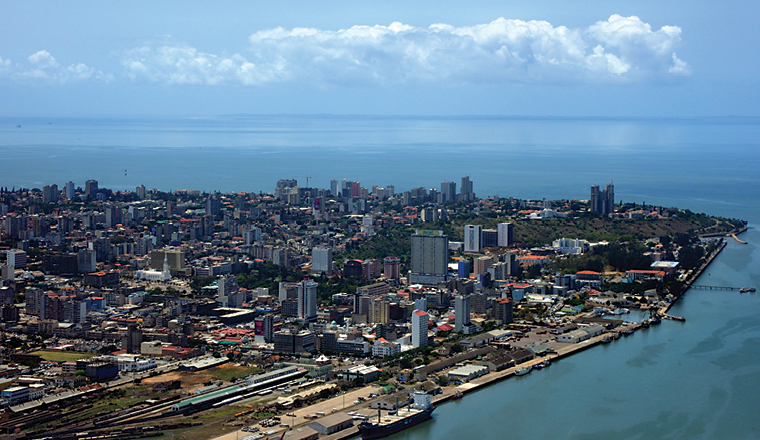 The revelation that Mozambique had not disclosed US$1bn of debt underscores the governance challenges in Sub-Saharan Africa that are undermining investor confidence amid a commodity and currency rout.

In the space of two years, Mozambique has fallen from a market darling to a frontier investor’s nightmare. The Southern African country, already an iron ore and coal exporter, found huge gas reserves offshore in 2013, catapulting it onto investor prospectuses worldwide.

The country, which has since slid close to default, encapsulates the challenges for investors in Sub-Saharan African assets in 2016. Almost across the board, Sub-Saharan African sovereign issuers have found themselves trapped in a quagmire of falling commodity revenues, falling growth, falling currencies and rising debt.

Public markets have routed. The S&P All-Africa index lost 20% in 2015; the All-Africa ex-South Africa, which does not include exposure to the larger, often more globally-focused South African companies, was down 28%. Banks and commodity-related companies are typically the largest listed names in African markets, and they are most exposed to the current downturn.

Hot money is leaving; long-term investors are looking over their shoulders. Although the commodity rout has been damaging for many economies, in some cases like Mozambique’s, the wounds could be considered self-inflicted.

Scandal in Maputo
In March, Mozambique successfully renegotiated the terms of a US$850mn note issued in 2013 by the state-owned tuna fishing company. That deal had been controversial from the start, after the country used some of the proceeds of the bond to buy patrol boats, but the renegotiation was sparked by commercial factors, after the fleet’s revenues failed to meet expectations. The rating agency Moody’s downgraded the sovereign to Caa1 soon afterwards.

Two weeks after the restructuring, Mozambique shocked the market in April. The International Monetary Fund announced that the country had in fact borrowed another, previously undisclosed US$1.4bn. In response to the discovery, the IMF cancelled the disbursement of a second tranche of an emergency loan package, and the World Bank suspended US$420mn worth of lending.

Mozambique’s debt levels are now “unmanageable”, according to Robert Besseling, the executive director of the risk consultancy Exx Africa, who has warned for some time that Mozambique has been heading for financial collapse. The fallout from the new debt disclosure will have real implications for society, he says, potentially leading to the cancellation of vital infrastructure projects.

Furthermore, there is a considerable likelihood of corporate bankruptcies, creating considerable counterparty risk for investors.

There is also a high chance that investors who participated in the debt swap will sue the country. They agreed to the restructuring before the additional loans, which are due before the restructured tuba bond, came to light. It is an unpleasant spectacle, and one that could cast a shadow over other frontier issuers, even though in truth, few are likely to be as deep in the mire as Mozambique.

Zambia and Angola, two other struggling, commodity-dependent borrowers, are talking with the IMF about rescue packages.

“We do not think that Mozambique’s situation is systemic,” Besseling says. “The IMF had placed substantial confidence in the Mozambican government, while negotiations in Zambia and Angola have started on a completely different footing. In fact, the IMF and other [international financial institutions] may be able to save face by letting the undisclosed Mozambique loan deals default, while providing new credit facilities to countries such as Zambia, Angola, and eventually South Africa.”

“I think it’s a reminder that we should look at the governance issues in these countries. We always say that the industry is going more and more in the direction of putting more emphasis on [environmental, social and governance] factors in general,” says Kaan Nazli, senior economist at Neuberger Bermann.

“Usually you trust the IMF numbers, but if the IMF cannot get proper information from the country, then I think it creates more question marks for investors… I think that with every IMF candidate country, it will be in peoples’ minds.”

Skeletons in the closet
Investors will be wise to the risk that other credit lines, bilateral loans or other unusual lending arrangements may come to light once the IMF begins to dig into countries’ finances, Nazli says. It is unlikely that there will be anything as dramatic as Mozambique’s missing billion: “But it just shows you that with these countries you’re dealing with a very low nominal GDP, and if you have a billion plus in extra loans, revealed, suddenly, you’re talking about much higher debt-to-GDP ratios.”

This sudden concern is a far cry from two years ago, when African governments embarked on a bond rush, tapping an enthusiastic market. A dearth of high-yielding fixed income assets, combined with the rarity of Sub-Saharan sovereign debt and a general desire amongst investors to gain exposure to fast-growing economies in the region meant that sovereigns were able to raise billions.

Zambia issued its inaugural bond in late 2012 with a US$750mn issue. Gabon, Ghana, Nigeria, Rwanda, Tanzania and Mozambique followed in 2013; Zambia, Senegal, Côte d’Ivoire, Ethiopia, Kenya issued in 2014, while Ghana followed up with a second issue.

The spate of sovereign issuance came at the end of almost a decade of improving investor sentiment towards Sub-Saharan Africa. Regional aggregate growth was rapid, often above emerging market averages, driven by a combination of the commodity super-cycle and demographic expansion. An improving political risk environment, characterised by fewer conflicts, fed into better governance and, in theory, better economic and fiscal management.

Rising no more
The sudden turnaround in commodity prices has undermined the markets’ belief in Sub-Saharan Africa’s short-term economic potential and exposed the deficiencies in macroeconomic and fiscal policymaking in its major economies. This, in turn, has prompted routs on the continent’s major markets.

Ghana was the first to slip, its twin fiscal and current account deficits, created as much as a result of ill-advised increases in public spending ahead of a general election as from external market factors, caused investors to push the panic button. The currency plummeted, costs rose, businesses struggled; Accra called in the IMF.

Zambia, whose economy is mostly reliant on copper, went the same way. Its deficits ran out of control, the kwacha fell so precipitously — losing nearly half its value in 2015 — that the president called for a day of prayer to try to save it.

In 2016, things have not improved. Investors are betting on a recovery in copper prices and an IMF programme, which has been on the cards for months, but it is unlikely to come through until after elections in September.

The politics has become more complex as the country struggles with its economic crisis. There has been some isolated violence, which is alarming investors.

“It makes us worried that this is still a complicated story, and you can’t just close your eyes and wait until September, but there might be some surprises coming in at that time,” Nazli says.

Angola, which issued a US$1.5bn bond in November 2015, has begun discussions with the IMF to help it reform and rebalance its stricken petro-economy.

Giants stumbling
The region’s two largest economies have also struggled. Nigeria has a more diversified economy than other oil exporters in Sub-Saharan Africa, but it relies on crude exports for its foreign exchange earnings. The currency, the naira, is loosely pegged to the dollar, and the central bank has spent billions trying to shore it up. This has caused considerable pain in the real economy and caused investors to pull out, fearful that they will be caught on the wrong side of a sudden devaluation.

The central bank held a fixed exchange rate of 199 naira up until 22 June when it finally allowed the currency to float. It immediately fell to 282 naira, and currently trades in the 360-370 range not far from the black market rates seen before the devaluation.

The central bank’s capital controls led many investors active in the local currency bond market to withdraw. Several firms, amongst them former cheerleaders for Nigeria’s potential, have quietly pulled out. More than one has told EMEA Finance that the country is now largely “un-investable”.

At the other end of the continent, South Africa’s politics and economics combined in one toxic week, in which the country had three finance ministers and the rand plunged. Jacob Zuma’s decision to fire Nhlanhla Nene in December and replace him with an inexperienced backbencher, David van Rooyen torpedoed already listing confidence in the Pretoria government. Former finance minister Pravin Gordhan was parachuted in to reassure markets, but in many ways the damage was done. The infighting has continued, adding political and social instability to investors’ existing fears over anaemic growth. The IMF forecasts that South Africa’s economy will grow by just 0.6% this year.

There is little hope for respite in the short term. In April, the World Bank lowered its forecast for Sub-Saharan African growth from 4.4% to 3.3%, saying that growth is unlikely to pick up again until 2017-18. The IMF is more pessimistic, saying that the region will grow at 3% this year and 4% the next, both down from previous estimates.

There are a few bright spots, notably oil importing countries, such as Kenya, Rwanda and Côte d’Ivoire, which have given investors some respite, but the wider picture is overwhelmingly one of a challenging environment that will persist until commodity prices begin to pick up again.