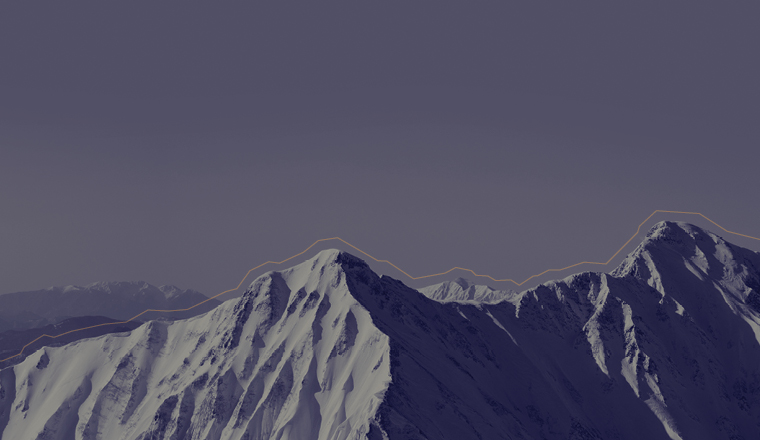 Schuldschein had already marked a second successive year of record breaking volumes by November 2017, and the growth of the financial product outside its traditional German home is expected to spur even more borrower interest.

ankers estimate that between €26bn and €30bn of Schuldschein transactions will have been completed by the end of 2017, making it the second record year in a row after roughly €26bn was raised via the product in 2016.

Louai Al-Jaafari, director of loan syndications at Raiffeisen Bank International, told EMEA Finance. “This year had already reached about €27bn by the middle of November, though the private nature of the market means this could be a little higher or lower.”

The rising number of issuers has been driven by a range of factors, one of the most important of which being the internationalisation of Schuldschein.

“The bulk of growth from the Schuldschein market over the past few years has been on the international side,” said Richard Waddington, a managing director in Commerzbank’s debt capital markets loans group. “Schuldschein has worked well for investors as they are long cash, which they are looking to invest, and this is a drawn asset.”{mprestriction ids=“*”}

Foreigners woo German crowd
Finnish crane company Konecranes is one of the most recent non-German borrowers to raise money from Schuldschein, after the firm announced it had agreed a €150mn facility on November 17.

The Schuldschein was in floating and fixed rate tranches with maturities of four and seven years. It was targeted at institutional investors and will be used to refinance debt and for general corporate purposes.

This is the second Finnish Schuldschein this year, after Konecranes followed compatriot borrower Huhtamäki, a food packaging specialist, into the traditionally German market. Huhtamäki raised €117mn and $35mn of five, seven and 10-year money through the Schuldschein market in April via Commerzbank and Helaba.

The emerging sections of the EMEA region could also throw up some potential borrowers.

“There may be an opening towards East European names to issue,” said Al-Jaafari, “but they have to be blue chip borrowers and very highly rated.”

Some emerging European names have already dipped their toe into the pool. Hungarian oil and gas company MOL raised €110mn across three, five and seven year tranches in July.

Commerzbank, ING and Raiffeisen were leads on the deal. While MOL does not have a particularly high rating, straddling junk at Baa3/BB+/BBB-, it does have a long history of printing debt in the capital markets so is well known among the investor community. The borrower’s 2.75% €750mn April 2021 vanilla bond was used as a pricing comparable for the Schuldschein.

That being said, it’s still the home German market that makes up the bulk of the volume.

“The Schuldschein market is still dominated by German corporates,” said Al-Jaafari at Raiffeisen. “But Austrian, Swiss and French names are still an important part.”

Lenders’ comfort with German borrowers can be seen in the size of deals being completed on home soil. German names KION, Axel Springer and Volkswagen Financial Services were the only borrowers to sign deals above €500mn in the first half of 2017, while German hospital chain operator Asklepios Kliniken raised €300mn from the market in late October – double the size it had initially targeted and far larger than recent trades for non-German names.

BayernLB and BNP Paribas led the transaction, which was split between fixed and floating five, seven and 10 year maturities.

Tantalising spread
The draw of the Schuldschein market for borrowers is driven by competitive pricing. For the bulk of 2017, the median spread of five-year euro denominated Schuldschein was 118bp over mid-swaps, compared to 138bp over mid-swaps in the 12 months running up to that, according to Berlin based Scope Ratings.

Konecrane paid margins between 90bp and 140bp for its four and seven-year trade, according to a source close to the deal who could not be named. Meanwhile, MOL’s transaction printed at Euribor plus 90bp for the three-year tranche, 120bp for the five year and 145bp for the seven year portion of the trade.

As with total amounts, deal volumes are also tricky to pin down given the market’s private nature. However, around 40 foreign names have come to the market this year, with some market participants estimating that a third of those have been debut names.

Pricing has become more attractive to borrowers, driven by a few factors such as the mismatch in supply and demand.

“Almost every transaction in Schuldschein is currently oversubscribed,” said Al-Jaafar at Raiffeisen. “Demand is higher than supply and this is pushing pricing down. It is hard for lenders to challenge tight pricing when deals are oversubscribed.”

This is being partly driven by the increase in investor base looking at the product.

“The market used to be historically German savings banks, this has changed,” said Al-Jaafar. “We have seen an increase in non-German investors, especially Asian names, buying higher volumes of tickets.”

While Asian buyers are becoming more prevalent, they are almost entirely those with European bases, such as Asian banks, according to Waddington at Commerzbank.

There are a few reasons for this, according to Waddington.

“The investors based in Asia are still getting comfortable with the product,” he said. “And German law and the pricing on offer for loans in Asia is usually richer than the pricing available for a Schuldschein for a comparable credit.”

Nonetheless, the attraction for European based Asian investors lies in the ability to gain access to a private corporate market.

“Particularly for foreign, [especially] Asian, investors,” said Sebastian Zank, a director in corporate ratings at Scope, “Schuldschein instruments are very appealing as they provide exposure to private European corporates which are not active in the public bond market.”

Zank continued: “Moreover, banks investing in Schuldschein may increase the likelihood of cross-selling activities if they participate in an Schuldschein issue made by a market debutant.”

ECB leaves mark
Another element driving pricing downward is the European Central Bank’s multibillion euro quantitative easing programme, which still grinds on despite slowing to €30bn a month from a monthly high of €80bn earlier in 2017. While the ECB does not buy Schuldschein, it does buy highly rated European securities, which has seen their yields plummet as far as negative in some instances.

This has had a knock-on effect of lower yields and tighter spreads for unrated Eurozone debt – which like Schuldshein is not eligible for the central bank’s bond buying programme, but has been a destination for investors in the hunt for yield. Schuldschein has more or less maintained its spread over the unrated debt, pushing the price down for borrowers.

As with many parts of the capital markets, this has created an environment where technical factors are trumping fundamentals when it comes to debt pricing.

“With more than 30% of issuers in [the first half of 2017] exhibiting a leverage of more than four times – commensurate with a high yield credit quality – the record low average pricing may not reflect the full risk involved in some cases,” said Zank. “In particular, small and medium sized enterprises and non-German issuers are benefiting from strong sentiment despite their leverage often indicating non-investment grade financial metrics.“

While this is clearly a boon for corporate issuers, it means investors are being squeezed – particularly the minority that look at the product as a relative value play against unrated Eurozone securities.

“A large number of the bank investors focus on the loan market from a pricing comparison perspective; however, other investors particularly in Germany or on the institutional side look at it as a relative value play versus unrated bonds,” said Waddington at Commerzbank. “The spread Schuldschein was offering 12-24 months ago was on the whole more attractive versus unrated bonds, however, with the ECB buying both rated and unrated bonds their spreads have tightened materially and the pricing competitiveness of Schuldschein has dropped off relatively to unrated bonds.”

Shaky stability
Despite the tight prices and lower rated credits, there have been “comparatively few credit events or sobering developments” in the Schuldschein market this year, according to Scope.

This year, Mox Telekom and Scholz Holding defaulted on their debts, while Premier Oil restructured. Tom Tailor reset its covenants and Carillion announced the likelihood of a recapitalisation in November after its third profit warning of the year.

UK multinational facilities management and construction services company Carillion has an outstanding £112mn Schuldschein that was agreed in January. The debt has an average maturity of around five years and a blended interest rate of less than 3%, which includes fees paid to the arranging banks at the time.

The company said on November 17 that it no longer expects to achieve its net debt to Ebitda ratio of one to 1.5 times by the end of next year, breaching a key debt covenant, and as a result some form of recapitalisation would be needed.

This could involve a balance sheet restructuring, Carillion said, and is expected to take place in the first quarter of next year. Full year 2017 net debt at the company is now expected to be between £875mn and £925mn.

This lack of granular legal clarity could be a problem during a restructuring or default, “particularly when many investors are involved,” said Zank at Scope. “So far this has not caused any major difficulties as investors have only had to cope with a small number of insolvent Schuldschein issuers or debt restructurings.”

Zank continues: “However, considering the growing number of more strongly indebted Schuldschein issuers this situation may change in the future.”

Nonetheless, even the threat of higher default rates – made more likely given investors’ willingness to move down credit curves – is unlikely to hurt the market, even if it does push pricing up, according to bankers.

“As arrangers, in order to facilitate the growth of the product we need to be careful regarding the quality of the credits we bring to the Schuldschein market,” said Waddington at Commerzbank. “It doesn’t help when deals are pulled or go badly because investors spend time licking their wounds and it draws liquidity out of the market, especially at the fringes.” {/mprestriction}